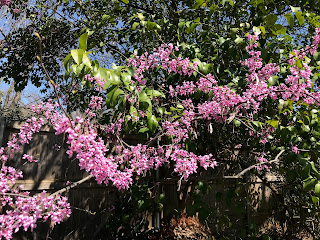 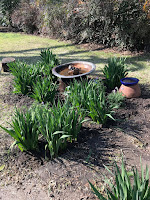 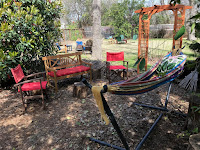 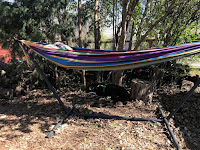 For now we're enjoying the daily phenological changes.  The date of the equinox doesn't really determine the onset of Spring. It's really the appearance of significant signs, and for us some of these are beginning more or less on time. I doubt if folks in the northeast will be noticing snow drops or forsythia in the immediate future.  But the date does remind us that it shouldn't be all that long until the snow and ice abate up there--and the first supercell thunderstorm appears, a harbinger of tornado season down here. A good reason for us to celebrate while we can, and enjoy this probably all-too-short respite between extremes.
Posted by Owlfarmer at 4:46 PM 1 comment: 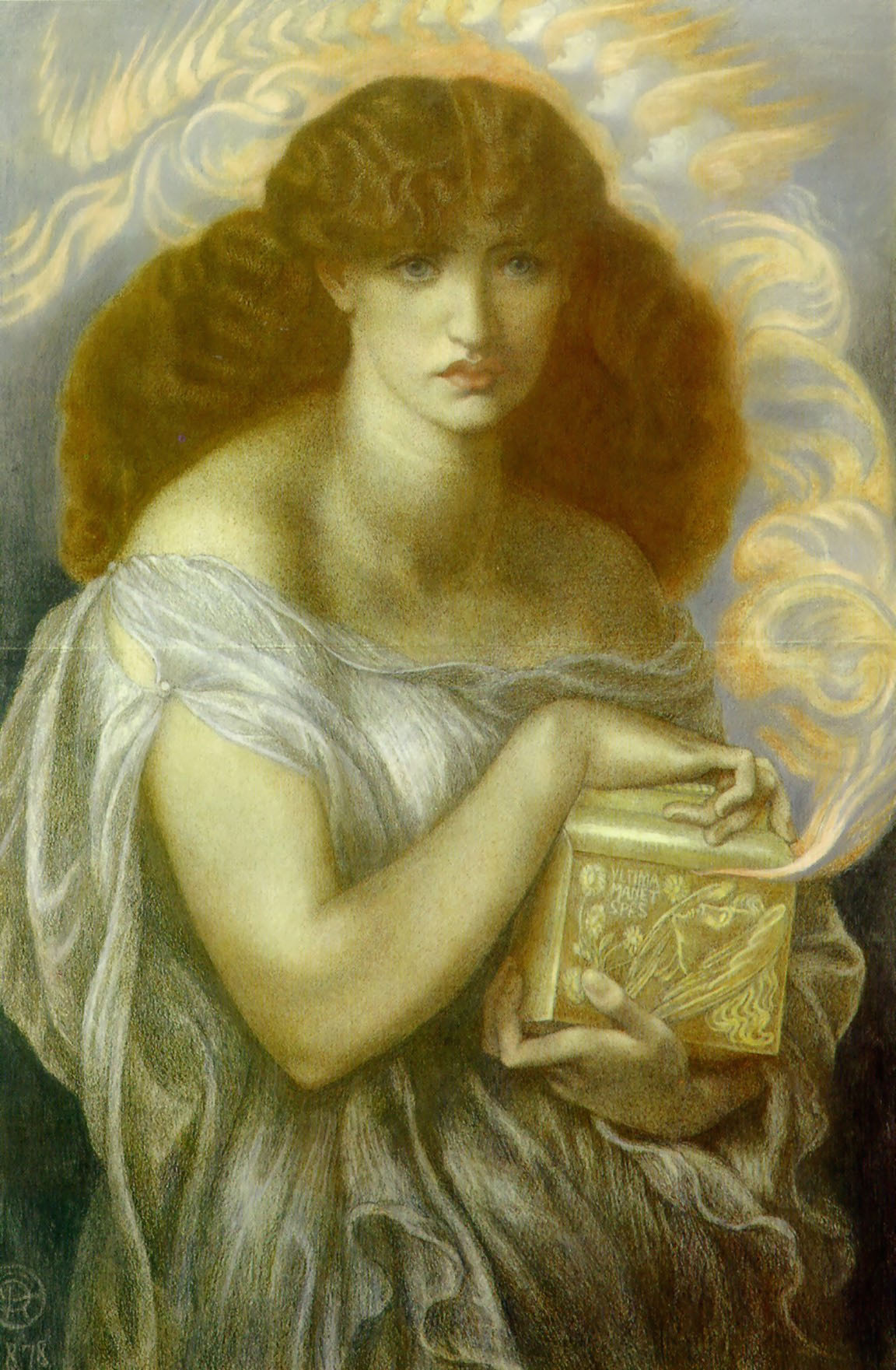 Several topics have been simmering on the back of the cooker, and I’ve let them set in favor of mouthing off on breast feeding and healthful cooking over on Quora. But the steam is building, and morning conversations over coffee are actually drifting toward a vague optimism brought on by recent events. I should note, however, that one of my recent responses on Quora outlined Elizabeth Fisher's take on human evolution (Woman's Creation), in opposition to most popular conceptions of how "civilization" came about. So I haven't completely taken leave of the real world in favor of espousing utopian notions about eating and child-rearing.

At any rate, the Beloved Spouse and I have been musing that despite the sheer awfulness of increasingly horrific revelations and events (sexual harassment and assault, yet another school shooting), it’s as if the responses to them indicate the possibility of actual change.

Sociologists and economists call the accumulation of particular conditions, those that effect change when they reach a kind of critical mass, “tipping points.” And as we watched the avalanche of women coming forward to call out abusers, and the formation of the “Me Too” and “Time’s Up” initiatives, we began to wonder if, at last, patriarchal attitudes about women would begin to shift.

After the shootings in Lakeland, Florida, and the voluble response from students who survived, and the birth of a new “Never Again” movement, we wondered if now, at last, some meaningful gun legislation might be possible.

And then, a bit late on the scene in one way, after the shootings of Michael Brown in Ferguson and Eric Garner in New York and the birth of “Black Lives Matter,” the phenomenal reaction to Ryan Coogler’s film, Black Panther, seems to offer an alternative vision for African American kids. Imagine being a little black kid in America having this new, Afro-futurist, anti-colonial conceptual framework to grow up within: from the projects to Wakanda, where Africans are prettier, smarter, more accomplished, and technologically superior to their would-be exploiters.

In a way, “Time’s Up” had its hero(ine) movie last year, with Patti Jenkins’s Wonder Woman, and its sequel will actually put into practice the changes brought about by the movements that have been so prominent in recent entertainment awards shows.  Time magazine's naming "The Silence Breakers" as its Person of the Year punctuated the moment, but certainly didn't put a cap on the momentum.

Of course, the ranks of naysayers and deniers are swelling as I type. (I began working on the post about two weeks ago). Even as the Marjory Stoneman Douglas High School survivors spoke out against the lassitude of lawmakers, and planned a march on Washington, their integrity and intelligence were (and still are) being called into question by the very folks who haven’t had the courage to formulate laws that could have prevented the deaths of seventeen people—in this most recent of so many massacres.

Still, I have little doubt that these kids will succeed in making their voices heard. As long as they can keep reminding all parents that their children could be next, they might be able to get the political backing they need to enact commonsense gun legislation. There is no earthly reason for anyone who is not an active service member to own an assault rifle. People who use them for “hunting” are not hunters. They are simply killers.  And that’s what these kids want: to ban the kind of guns that were used to kill their classmates and teachers.  One test will be the outcome, on March 24, of the March For Our Lives events. I do indeed hope that this effort results in an overwhelming response all over the country, and that those in power finally realize that their time is surely up if they don't do something now.


Maybe time’s up for lots of things: gun worship over common sense; misogyny and inequality; culturally embedded racism. I won't add de-nuclearization to this list, because I'm highly skeptical that anything will come of talks with North Korea, even if they do occur.

My natural pessimism and lack of faith in human intelligence do not need to be reinforced by yet another opportunity lost. I can only hope, thanks to a mythical, disobedient woman: Pandora. After she unleashed all the miseries our species suffers through (by exercising native curiosity), hope is what was left. Action born of hope holds the promise of doing profoundly more than politicians’ thoughts and prayers and platitudes—as long as those same politicians and their enablers don’t manage to convince us that the Silence Breakers and the Black Panthers (both old and new) and those who walk away from Lakeland can’t fulfill that promise.

As I was wrapping this up, I began to think of Wendell Berry, whose poetry always seems to inform my ideas about home and place--and hope. I searched the web for text of "A Poem On Hope," and found a YouTube video of Berry reading the poem himself, for an episode of Moyers & Company.  The very first lines evoke the difficulty someone my age has in allowing for hope in a troubled world: "It is hard to have hope. It is harder as you grow old . . . ." It's even harder when we so frequently see the bodies of the young being carted away from schools after yet another incident of unfathomable violence.

Difficult, yes. Increasingly so, it seems. But not impossible, if we remember, as Berry does, that "The young ask the old to hope."

Image credit: I couldn't resist illustrating this post with one of Dante Gabriel Rosetti's drawings of Jane Morris as Pandora--via, as usual, Wikimedia Commons.

Posted by Owlfarmer at 2:35 PM No comments: