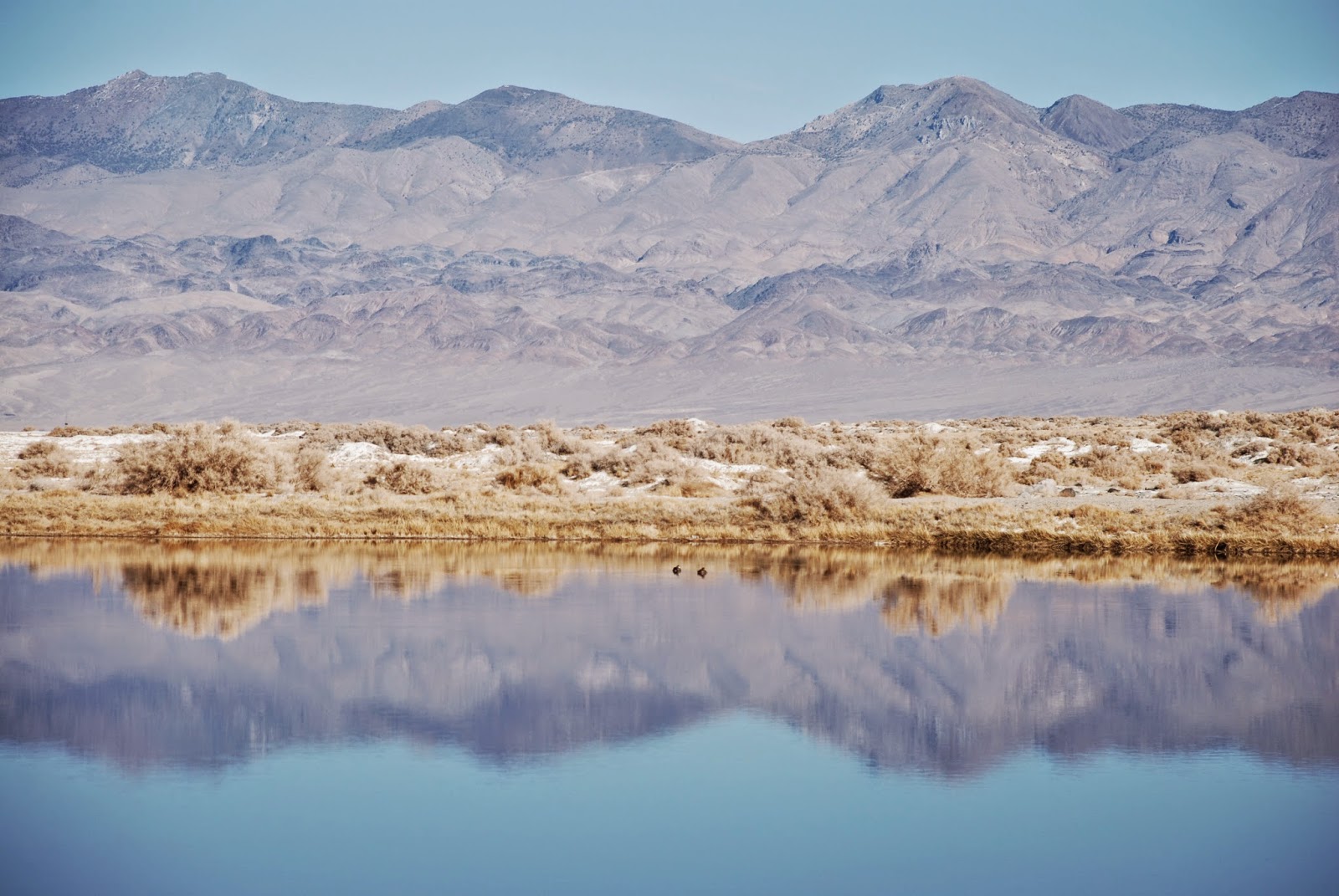 This morning (I'm working ahead--this is Sunday, the 19th) I went out to empty the wheelbarrows I'd been using around the yard yesterday, because we had a thumper of a thunderstorm last night that dropped at least an inch of rain in less than an hour. I even went out and moved Vera to the porte-cochère to protect her from the hail that had pretty much stopped by the time I decided to brave it. So far this year, this area  has had about three times as much rainfall as we experienced by Earth Day 2014: 15 inches vs. 5 inches. When I dumped the wheelbarrows, I also tipped the rain gauge out since there's a chance we might get more this afternoon.

Despite all the recent precipitation (including a couple of snow days in February), Collin County will remain on stage 3 water rationing through the near future.

The irony of all this is that as I type, another wildfire is roaring away near my old stomping grounds in southern California (the Highway Fire in Riverside County), and much will undoubtedly be made of current conditions, the lack of rain, and high temperatures as immediate causes.

Only recently, as most of us know by now, California has finally owned up to the fact that it needs to do do something about water over-use. Meanwhile, in north Texas, we've been watering lawns on alternate trash days for the last three years or so. Now, I don't generally think of Texas as being particularly enlightened in terms of climate knowledge and common sense, but Texans do seem to understand water a bit more than folks do further west.

According to the United States Drought Monitor, this part of north Texas is undergoing severe to extreme drought--about the same general, long-term conditions as obtain in a large part of California. One would think, therefore, that we'd all be addressing our problems in a similar fashion. Like southern California, north Texas is building a lot more houses than it should, further taxing the state's water resources--but we've got two things going for us: the recent weather, and a little more foresight.

In the CNN report on the fire (which is the first thing that popped up into the Google window in response to one search term: drought), a firefighter immediately mentions the drought (which is causing vegetation to burn that normally doesn't), and an interviewee notes the fact that there's "a lot of new housing" nearby. A related report ("California Running Out of Water") linked to the main page interviews residents of Porterville (in the San Joaquin Valley to the north, where my father was living when he died) whose wells have run dry and who have no running water. The plight of the agricultural towns in California is dire, and the reasons are complex, so I'm not going to start in on them. They don't need some cranky ex-pat grousing about agricultural practices.

But I'm not at all sympathetic to the Los Angeles area because they've depended on the kindness of others, and the political machinations of the twenties, for far too long. The inhabitants of the Owens River Valley have been dealing with drought ever since the aqueduct that siphons their water out of the valley and into reservoirs to the south was built a century ago.  The story is legend, and well documented, and I've griped enough about it over the years; there's no need to lay it all out again, but Felicity Barringer does a nice job of summarizing the story in her New York Times article in 2012: The Water Fight that Inspired Chinatown. I should mention, however, that an alternative version of the story is available in Gary Libecap's 2005 article, The Myth of Owens Valley. I knew Libecap when he was a grad student at Penn, and he was a reasonable chap then--although our views on political economy differed. But he's right that there is a mythical element to the account of Owens Valley as some sort of agricultural paradise before the aqueduct was built.

In the end, folks went on with what they were doing, and my grandfather ended up working for the Los Angeles Department of Water and Power at the Cottonwood power plant--where my fondest childhood memories were formed at the edge of the aqueduct. This is the view from nearby, taken when I was home last December. 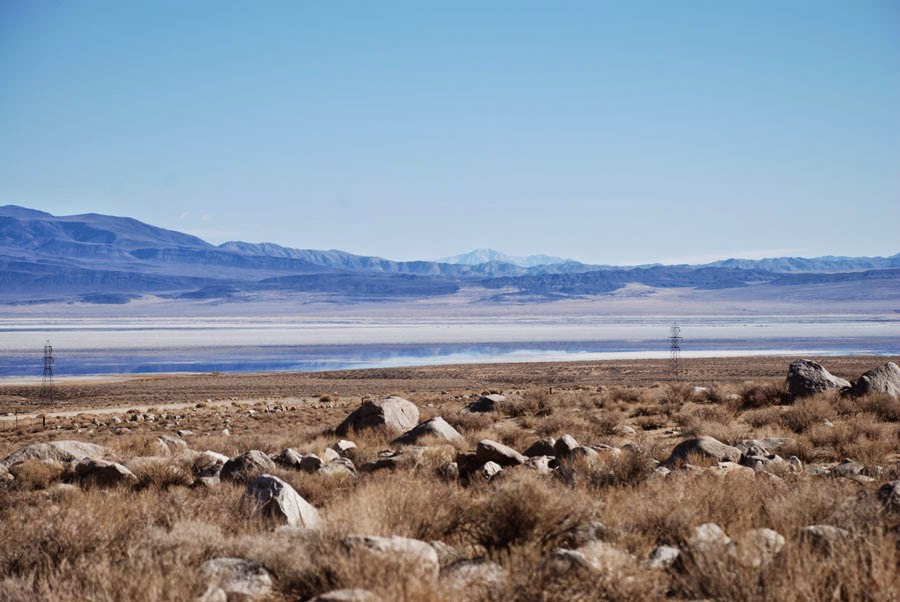 So this post is not about heroes and villains, or even about greed. It's about not being very smart for all the talking we do about being homo sapiens sapiens.  We don't plan well, we build cities without regard to the land, and then we mourn when people die as a result of our lack of foresight.  Los Angeles should be a smallish town, not a smog-spewing megalopolis. It should have been conserving water all along, not just beginning this month. And north Texas must keep rationing its water, even though we're pretty soggy at the moment and some of my neighbors are probably already complaining that all this climate change and global warming crap is a Communist plot.

But if we want to survive long-term, beyond next month, next year, next century, we need to start thinking. We need to not grow so much (if at all), so that increasing land and water use aren't necessary. We need to conserve what we have and not use up everything there is; otherwise, those people my age who have grandchildren will condemn them to future droughts, wildfires, and endless other problems that stem from a general lack of wisdom.

Sustainability has become a buzzword, when it should be a watchword.  Only abject denial or an irrational faith in our ability to overcome future problems that result from current shortsightedness can lead people to think that constant, unrestrained growth is either possible or desirable. The anthropocene could well be the last "age" of the planet.

It's time we stopped paying lip service to Earth Day and start making sure we have more than a few of them left.

Image notes: The opening shot is from Dirty Sock, south of Owens Lake; there is currently a bit of water in the lake itself, due to the dust-mitigation programs put in place to help Los Angeles not breathe in the chemicals that used to blow off the dry lake.  Over the winter holidays the Beloved Spouse and I took the puppies to Dirty Sock, where my mother's stepfather had once built a concrete pool to hold the mineral waters that well up from underground.  The second photo, of the lake itself, was taken from Cottonwood road, across the aqueduct from the power plant, which is still in operation.