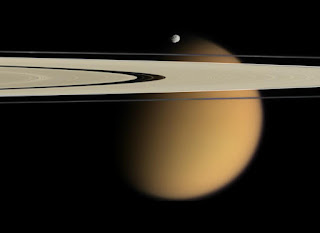 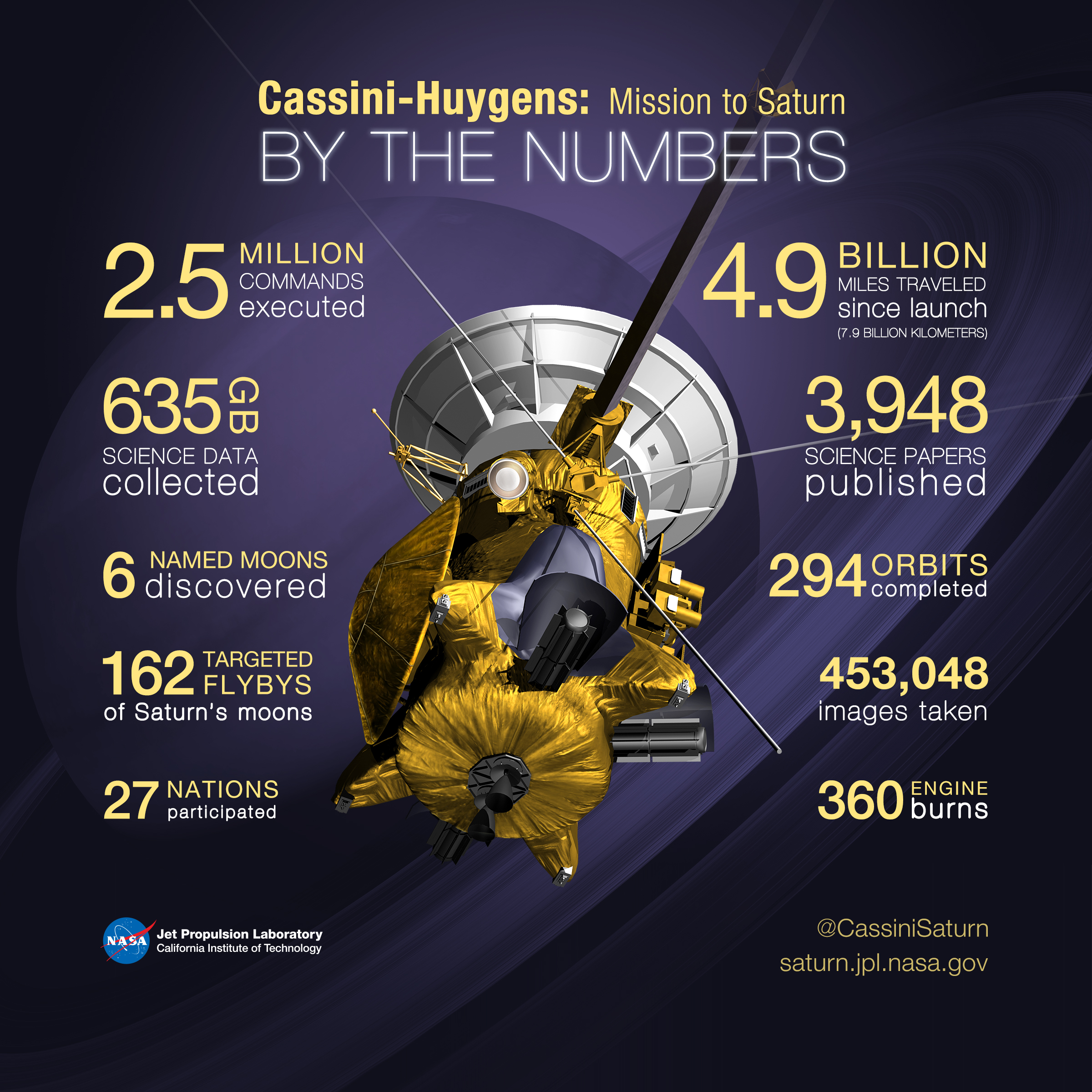 Image credits: One of my favorite of Cassini's gazillion shots of Saturn and its moons (Epimetheus, Rings, and Titan, from April 2006), I pinched this from Wikimedia Commons. Many more can be found through NASA/JPL's pages, including the chart of Cassini's accomplishments (which I originally found in Wikipedia's rather nice article on the mission).
Posted by Owlfarmer at 11:25 AM No comments: