This post will ramble a bit, but I hope to arrive somewhere in the end.  It's prompted by several recent events and the general state of the world as I find it, approximately a week into my first quarter in over twenty years as an adjunct instructor.

My quasi retirement came about abruptly, due to my having been made an offer I couldn't well refuse to voluntarily "separate" from the company in exchange for a lump sum of cash based on my years of service.  Since last quarter had stimulated thoughts of my retiring sooner rather than later, I jumped (pole-vaulted?) at the chance, especially since I'd be able to apply immediately for an adjunct position. What this meant was that I could take the money, run, and come back part-time, teaching a couple of courses a quarter. And although it meant getting a background check and peeing in a cup (neither of which happened when I initially joined the Institution), I went for it. The drug test was a pain because they wanted more out of me than I was prepared to supply, and it took two tries; but the residue of numerous heart disease related medications didn't disqualify me, and I was indeed hired back. I'm actually teaching three courses this quarter due to a special need, but beginning in the Fall--if the planets align properly--I'll teach two on a single day and thus be able to accomplish many of the tasks I've been putting off.

This new situation has quite naturally awakened fantasies of an actual retirement involving both me and the Beloved Spouse, and dreams of big sky, off-the-grid living in someplace not Texas.  House-porn has taken a new direction (northwest, to Montana), although the Owens Valley is still in contention.  But if anything is to come of the property lust, it means that I have to devote a healthy chunk of time to clearing out the detritus of a lifetime.

In stage one of the process, I filled up three boxes of books to take to Half Price, and managed to bring home rather fewer (I only got enough from the sale to pay for what I picked up). But this was a start, and as long as the resident super-mice don't destroy the entire library, I will be sorting through, culling, and choosing what to move eventually. Actually, the mice might do me a favor if they keep devouring things.  One seems to have an especial fondness for the Greek Anthology, and has eaten most of the covers off all four volumes of the Loeb edition.

What has really made this month interesting, though (in addition to the political circus that I keep trying to ignore), is Pluto. After waiting for nearly ten years, NASA's New Horizons people have pulled it off and are currently processing the photos sent back from the outer reaches of the solar system.  Since I well remember how incredible the Viking shots of Mars seemed in 1976, the early images of Pluto and Charon are bringing it all back. Thirty nine years ago today, this is what the Viking 1 spacecraft saw:

To a youngish (early thirties; my first child--who grew up to design spaceships--had been born only a few months earlier) devotee of science and science fiction, these pictures were utterly astonishing. They would later be surpassed by those sent by the Mars Global Surveyor (1996-2001), including this one that showed clear evidence of surface water in the distant past: 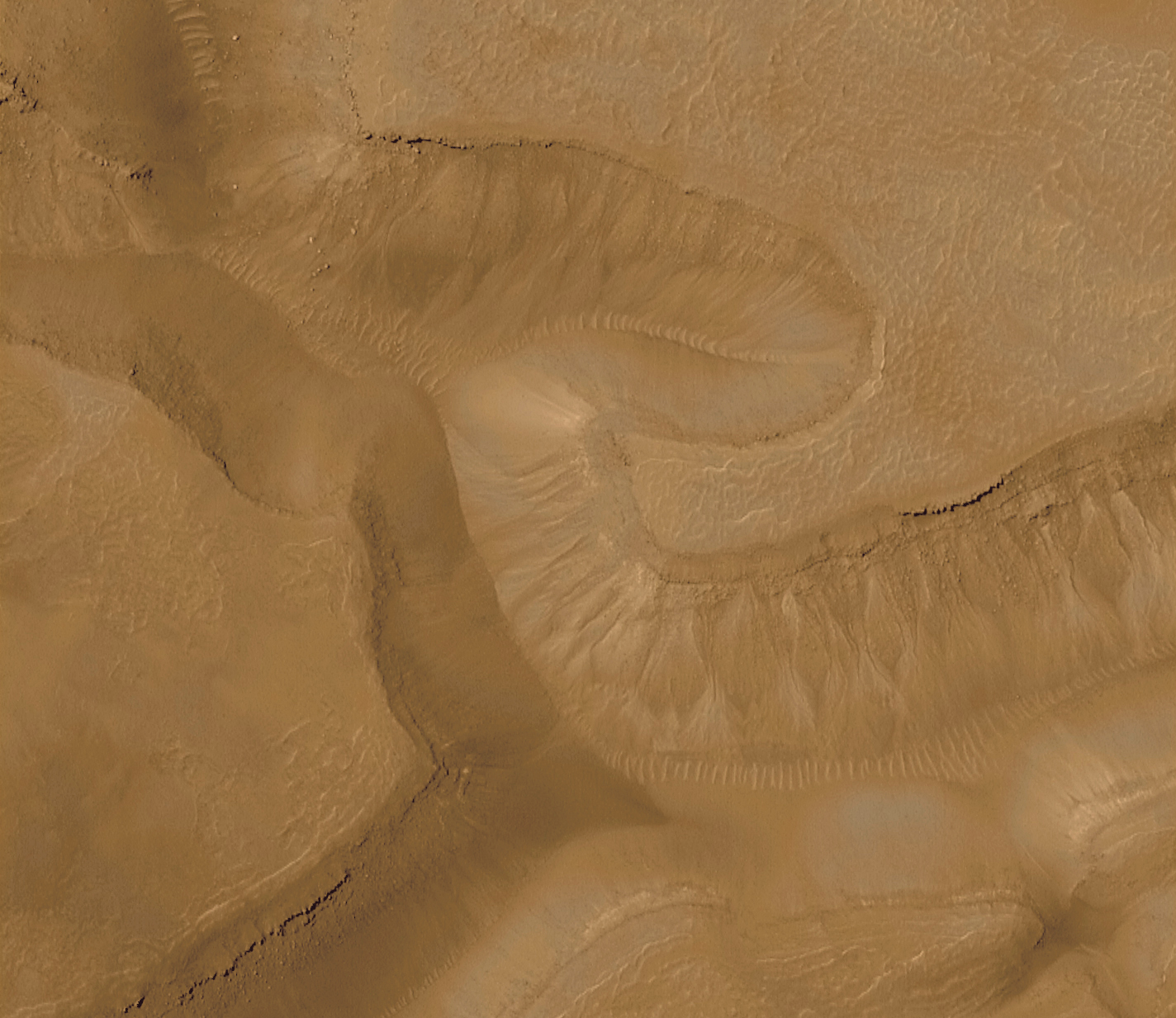 Since then, of course, the cute little robots Sojourner, Spirit, Opportunity, and Curiosity have contributed their share of information, and many future missions of varying complexity are planned, including one involving actual humans.  As the Beloved Spouse knows well, I'd go in a cold minute, even if it meant never getting back here; but unless they want to test the stamina of aging heart patients, I don't think he needs to worry.

The best news I've heard lately comes from none other than the venerable Stephen Hawking. He's teaming up with Yuri Milner (a Russian Internet magnate and serious science groupie) to search for aliens and spend a hundred million bucks doing it: a project called Breakthrough Listen. This will involve using real telescopes and getting real time to do it; it will also involve SETI@home, which (now that I'm sort-of retired and can get involved even minimally) I've just signed up for. I even downloaded the BOINC software, but managed to do it on a Tuesday, when they do maintenance. My computer will have more downtime now, and it will no longer go to waste.

Do I want there to be folks out there?  Dunno.  They can't be much worse than we are, so it would at least be interesting.  When Carl Sagan talked about all this back in 1980 (I bought our first color TV, a little 13-inch job, so I could watch Cosmos in color),  the Voyager 1 and 2 spacecraft were already on their way, carrying the iconic "golden record" with sounds and images from earth (see opening photo).  Both of them are still "alive," sending data from beyond the solar system.

Perhaps I've been reading too much Jack McDevitt, but I don't expect that we'll run into anyone before I die; I'm beginning to accept his basic notion (at least as expressed in his books) that even if life frequently occurs out there, civilizations are short-lived.  I can't really imagine that ours (such as it is) will survive too awfully much longer because we seem hell-bent on doing ourselves in.  Perhaps an alien invasion really is what we need to keep us from a cultural implosion.  But if ET really does visit, and doesn't much like us much, I hope they're nice to animals. Like Randy Newman, I don't want to hurt no kangaroos.

Now, if I can just find that "trigger" thing I used in More News From Nowhere, maybe I can find a nice utopia in which to retire.  Or maybe a remote twenty acres or so in southwestern Montana.

Image credits: all of the photos used above come from Wikimedia Commons, and some in particular from the Wikipedia article on Exploration of Mars. The one from Viking 1, however, disappeared, and I've replaced it with another from The Mars Team Online Photo Gallery--with hopes that it's not copyrighted or anything.
Posted by Owlfarmer at 10:46 AM No comments: