Hunkering Down In Dystopia 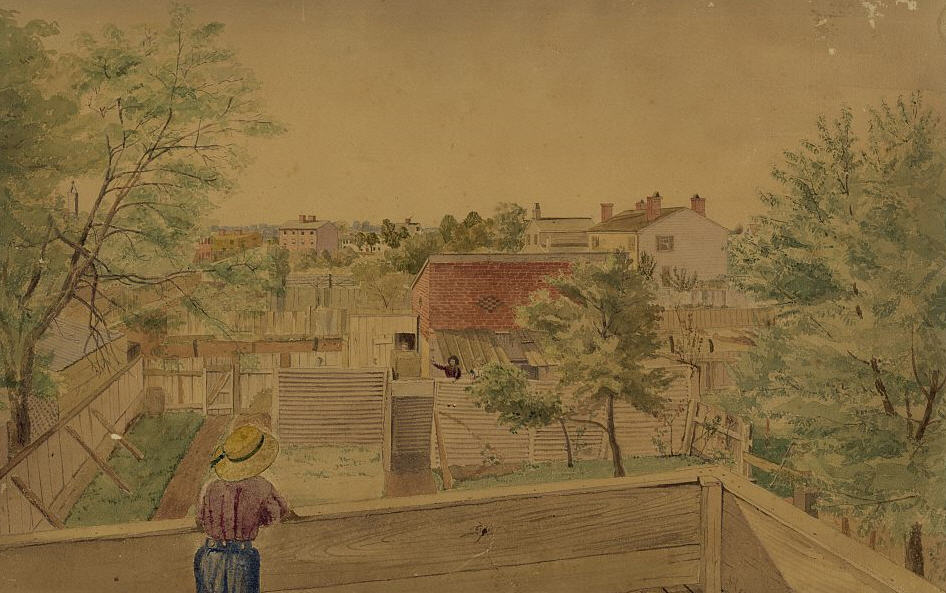 If my last post seemed overly optimistic in view of current circumstances, this one will remedy the impression.

As summer wanes, I should be looking forward to cooler weather, fewer mosquitoes, and settling in to the retired life with its time for Getting Things Done (things long put off due to busy-ness). However, not an hour goes by when I don't get a screaming, all-caps headline in my e-mail box from the Democrats, announcing that we're DOOMED, and that ALL HOPE IS LOST if I don't contribute more and more and more to the campaign. The Daily Kos (to which I am guiltily addicted) features one inflammatory "diary" after another in language every bit as offensive as anything you'd read in a tweet from one of the twits who truly believe that the Republican candidate is not an egomaniacal fascist but someone who will save us from whatever they want saving from.

The answer, of course, is to simply not read the stuff, and instead concentrate on the real news from more reasonable sources. So I turn to the Times (which disburses bad news much less shrilly than most other papers, including the Washington Post) and New Scientist, where my weekly science fix assures me that at least the UK (despite Brexit) is not as willing to abdicate reason as we are over here.

Last week's New Scientist, in fact, featured a story on the Indus Valley civilization and the possibility that it sustained a somewhat utopian culture for several hundred years. But hope that modern Western capitalism could produce anything even vaguely similar (warless, egalitarian, decentralized, prosperous) is slim. Instead we have news of all manner of mayhem: political, environmental, economic. And as the election draws nearer, and some polls indicate the possibility that the "Republican" candidate could win, I spend more and more time trying to find a place to live, off the grid preferably, somewhere far enough away from urban centers to be able to shelter myself from the consequences. We (the Beloved Spouse and I) are actually better off than the alt-right folks who swear they'll leave the country if the Democrats win, because there are unlikely to be any places for them to go that aren't even more culturally and politically leftish than we are here.

But TBS and I will undoubtedly just withdraw as far as we can into our domestic eu-topos, inside the fence, inside the walls, building our little suburban farm and trying not to go nuts.

Oddly enough, I've started wandering the neighborhood on a regular basis, getting to know the historic district in which we live. Quite to my surprise, the place is not completely populated by oversized, opulent mansions left over from McKinney's glory days. At least half of the houses I pass in any direction are smallish bungalows with eccentric yards, providing evidence of a wide variety of income levels. Some folks are clearly trying to take advantage of the current boom and are hiring contractors to put subway tile behind their cookers, replace their tile or corian counters (left over from the last boom) with granite, and replace their "dated" appliances with stainless steel. But some very nice fences are going up to hold urban chickens with fancy coops and small food gardens, many of these behind the smaller bungalows that have held on to their big lots. I'm truly enjoying the process of working through the streets and alleys to see what's there--and to get in my daily 30-60 minutes of not sitting on my backside.

Soon I'll make it to the local library (a nice walk up the street toward the town square) to start researching this house in hopes of obtaining historic status for it. If successful, it will cut the tax burden a bit and make the place more attractive should we decide to sell and skip town for parts west. The size and park-like aspect of the back quarter acre might make up for the fact that there's no central air or dishwasher in the house. And all we really need to do if we decide to stay is to find a way of blocking the light from the new Taj Mahal behind us (a rehabbed bungalow turned into a McMansion; the historic district covenants end in the alley between them and us), and covering up the piece-of-crap addition our northern neighbor has inserted on top of her already offensive fence. But thanks to a trip through an alley a few streets away, I've now got ideas about how to deal with both.

I'm still hopeful that the country will not abandon all reason and elect a clearly unqualified candidate, but my pessimistic nature requires that I prepare for the worst. In the meantime, I'll keep working on the house, walking the dog, hanging out in the garden with the cat, and preparing to shelter in place.


Image credit: I chose this image because it reminds me of my own neighborhood--and because it shows the hub of American political life as it once was--before modernity and urbanization changed it irrevocably.

Arcadian D.C. Uploaded by AlbertHerring to Wikimedia Commons. Montgomery C. Meigs's "View from the 2nd story of the residence of Mrs. Comre. John Rodgers, Franklin Row, K Street at 12 & 13 Sts, Washington, D.C., overlooking the backyard and adjacent neighborhood, and showing children standing on balconies," 1850. Library of Congress.
Posted by Owlfarmer at 8:56 AM No comments: