The View From Serendip 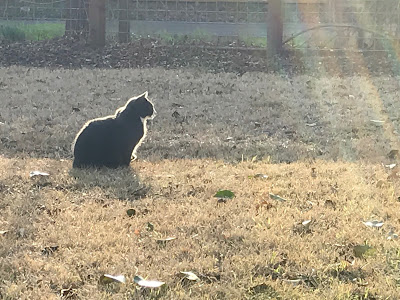 The importance of coincidence has always played a role in how I approach this blog. One newspaper item connects with a book or a film—or some other conjunction of media and/or events—and leads to musings that make their way into an essay that falls under the overall concerns of The Farm.

Serendipity is a kind of coincidence, but one with generally favorable connotations. The term comes from the old name for Ceylon (the colonial name for today’s Sri Lanka), and was (according to the OED) coined by Horace Walpole based on a fairy tale called “The Three Princes of Serendip.” According to Walpole, the heroes “were always making discoveries by accident and sagacity, of things they were not in quest of.” Hence, its definition as “the faculty of making happy and unexpected discoveries by accident.” The title of the post is stolen brazenly from Arthur C. Clarke, who lived in Sri Lanka for most of his life (from 1956 until he died in 2008). He published The View From Serendip in 1977, in which he collected assorted essays, memoirs, and speculations.

As recently as 2014, an essay from the book was quoted by Michael Belfiore in his opinion piece for The Guardian, “When robots take our jobs, humans will be the new 1%. Here’s how to fight back.” But even though I’ve been thinking quite a bit lately about the jobs our current president wants to “bring back” (like coal mining) and why it doesn’t make any sense to do so (in light of what the future probably holds, and the fact that a lot of these jobs kill people—especially when that same president wants to get rid of as much regulation as possible)—this doesn’t even count as one of the occasions that prompted this post. Nevertheless, I should note that Clarke’s predictions often turned out to come true, and the book is well worth reading.

The real impetus for writing came from two directions.  The first arrived in one of my feeds (Medium), and I sent it to my Pocket list for future reference: How to Turn Wikipedia Into a Bottomless Pit of Story Ideas. What intrigued me about the article is that it advocates using Wikipedia the way I used to use library reference indices, by looking “around” various topics, noticing adjacent topics that frequently led to unexpected enrichment of potential source material. As research became more and more focused on digital sources (especially search engines), I often reflected on the loss of that kind of serendipitous encounter, until I realized that Google often afforded similar opportunities. The author of the article (“Moonlighting Writer” for Student Voices) provides a number of tips for using Wikipedia's features for more than just a quick look-up.

This might be a good place to point out that Wikipedia's description of "The Three Princes of Serendip" (linked above) focuses on the princes' education in the arts and sciences, and how they use that education in their adventures.

The next event arrived completely out of left field when my phone lit up with the name of a former student, one of whom I’d been thinking recently but hadn’t heard from for some time. I’d forgotten that she’s on my phone's contact list, else I’d probably have texted her before now. But she was driving through the neighborhood and decided to call me. Since we’d last spoken, she’d gone to grad school to earn a master’s in art education after discovering that working in the gaming industry wasn’t really what she wanted to do. And now she’s teaching high school, thinking about getting a PhD and also about starting a family—at just about the same age I was when I started out on similar path(s).

At the very moment I received her call, I had been wondering what to do with several years’ worth of Archaeology magazines, and realizing that if I wanted to donate them to a school, I’d have to sort through and arrange them by year, and bundle them accordingly—at least a day’s worth of slog.  But as my student and I were talking I connected “art teacher” and “archaeology magazines” and popped the question: Do you have any use for these? And indeed she did. So we got to enjoy a nice catch-up conversation, and I got to unload a slew of old periodicals and art-related stuff I’d been saving for who knows what. And I didn't have to sort through them because they'll be used for mixed media art projects.

In the end, it was particularly rewarding to realize that I don’t really need to abandon hope just because we’ve got an anti-intellectual in the White House, who has no regard for the arts or the sciences. There are young folk out there who have learned to love learning, and have decided to act on their curiosity and creativity and share it with yet another generation or two. One can only imagine what one of her students might do when he or she connects one event with another in the history of archaeology, or juxtaposes one culture’s artistic input with that of another. The possibilities are limited only by their imaginations, which I hope haven't been too stunted by the current cultural climate.

Image note: Mrs. Peel during one of her evening sojourns in the back yard, with serendipitous sunset back-lighting.
Posted by Owlfarmer at 12:25 PM No comments:

100 Words for a Children's Endangered-Language Dictionary

Once again I’d like to remind readers that language and education have both long been preoccupations here on the Farm. In an era of political unrest brought on in part by cultural differences intensified by lack of understanding one another’ languages, it seems particularly important to endorse projects designed to demonstrate the power of language as a vehicle for identity and knowledge.

To this end, I’d like to draw your attention to another Kickstarter campaign to create a 100-word illustrated children’s dictionary in the endangered languages of the Chittagong Hills Tracts of Bangladesh. The goal is relatively modest (10,000 USD), and the funds will go toward the design, illustration, and publication of a dictionary of one hundred basic, important words in four indigenous  languages (Mro, Marma, Chakma, Tripura) as well as the official national language of Bangladesh (Bangla) and English.


As you probably know, in countries all over the world members of indigenous cultures have their own spoken and written languages—languages they have developed to express their own beliefs, their own experiences, their understanding of their world. What they have collectively written in those languages is the record of their cultural identity: spiritual texts, historical documents, letters between family members, knowledge about medicinal plants, poems.

In scores of countries, though, even in the West, those minority languages are unofficial, suppressed, ignored, even illegal. Children sit through classes listening to teachers they can barely understand; adults have to speak a second or even a third language to get social services or deal with the law.

Denying members of a minority culture the right to read, write and speak in their mother tongue defines them as inferior and unimportant, and leaves them vulnerable, marginalized, and open to abuse. The extent and quality of education go down, while levels of homelessness and incarceration, and even suicide go up.

On the far side of the world from me is the nation of Bangladesh, and in the southeast of Bangladesh is a region called the Chittagong Hill Tracts. This upland, forested area is home to 13 different indigenous peoples, each of which has its own genetic identity, its history and cultural traditions, and its own language. Some even have their own alphabets.

All these languages and scripts are endangered. Government schools mandate the use of Bangla, the official national language, so entire generations are growing up without any sense of their own cultural history and identity—very much the kind of situation that has led to the endangerment or eradication of hundreds of Aboriginal languages in Australia and Native American languages in the U.S.

We want to give those kids their own dictionary, in their own languages. Decades of research show that children learn best when they start in the language they speak at home.

I urge you to go to the Kickstarter page for a complete description and for a list of nifty rewards for various levels of pledges. Since its launch on January 27, the project has raised 2,758 USD, but there’s still a long way to go to ensure success (the deadline is February 26). If you’re looking for something to help you feel a little better about this world, the 100 Word Dictionary might help.

For a list of previous posts on related topics, use the "Search This Blog" feature at the top of the side bar, using "endangered alphabets" as key terms. As you'll be able to tell, I think that preventing the demise of the world's endangered languages and alphabets is vitally important to the survival of human knowledge.

Image credit: this is the sample page from the Kickstarter site; the actual dictionary will feature six languages rather than the three depicted.
Posted by Owlfarmer at 9:19 AM No comments: