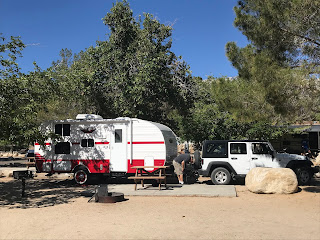 I've been meaning for some time to augment my numerous journal/notebook scribblings with more centered observations here on The Farm. I've pretty much given up trying to make this a regular activity, and have noticed when updating blog rolls that many of my old favorites are having the same trouble. But perhaps recording Bigger Things--like our recent road trip west--would be a good idea, and give my children something to read after I've shuffled off. It might also be a means of letting folks know that I ain't actually dead yet, if, in fact, anybody's still interested.

There aren't that many blogs that I still attend to regularly, and the ones I've come across recently (mostly through Pinterest) are generally unlike most of the earlier ones I encountered. Years ago, after I'd been writing on The Farm for awhile, blogging was already losing some steam for anyone but foodies and mommies (and crafter foodie mommies) who manage to make some kind of a living from monetizing. But I'm so annoyed by the constant intrusion of advertising into every corner of modern life that I just don't read ad-full blogs. I don't mind the content-related bits that show up in side bars, but most commercial "content" (especially clickbait) just makes my eyes hurt, my head ache, and my stomach turn. As close as I'll ever get to an ad is a link to a bookseller, or to a publisher--and of these only occasionally to Amazon.

As I see it now, the main reason to maintain my blog(s) is to keep actively writing. But since I'm keeping several topical notebooks (reading, revising my book, travel, and other story ideas), there's no real pressure to keep either of them current. And then there's the question of negligible readership. I looked at the stats and found out that the Russians are no longer interested, but some questionable page views make me think that I ought to pay more attention to this. Still, both of my active (?) blogs are focused on memory, and I'll undoubtedly keep them up, even sporadically, just to keep the brain-eating zombies away. Quora helps, but every now and then I get tired of answering interminable questions about breastfeeding, child-rearing, food, and Star Trek.

Big Things, though (trips, deaths, births, earthquakes), may deserve a bit more thought and consideration, and when I can combine two or three, that offers even more impetus.

Hence this post. Although we had been planning to head west for some time, The Beloved Spouse and I discovered that after all our recent animal trauma, we were highly reluctant to leave the cat behind, even though we're fairly experienced in hauling a dog and a trailer.

But a happy escape from Texas (at least for awhile) turned out not to be the catalyst for this trip.

In early March, my brother died suddenly after a long struggle with Leukemia and heart disease. He'd been doing fairly well for much longer than we had expected when he was first diagnosed with the cancer, but he also shared some of my problematic cardiac genes, and eventually one or both got him. He was only 69.

In our family, a funeral is always an excuse for a family reunion, so we decided to convene in the town where my great, great grandparents settled, and to bury Michael's ashes in the family plot in early summer so as many people as possible could attend. Because he was a veteran of the Vietnam War, the VFW would provide the headstone and conduct the ceremony. This is the same cemetery where my Grandmother always took flowers on appropriate holidays, and where her ashes are now buried, only blocks away from where she grew up and where my father and his sister were born.

TBS and I began to work on getting Lola, our little Shasta Airflyte reissue, ready to travel, and realized that the amount of work it would take (and the short time available) would make it impossible to use her for the trip. So we started looking around for a bigger, animal-friendly rig that was still small enough and cute enough to take her place. After endless YouTube videos and web searches, we found some possibilities and went shopping.

While looking for a particular Riverside Whitewater Retro model, we discovered another one (the 190 Bunkhouse)--small enough for us to tow with our Jeep Wrangler, and set up with terrific spaces for animals, including a double bunk that we knew Molly would love. It also had a huge compartment under the bottom bunk, with outside access and a place to insert a cat flap to a litter box. In a later post, I'll write about the cattification of the vehicle we now call Porco Rosso (after the Hiyao Miazaki film we both love--and the trailer's sort of a canned ham, so the name seemed a natural), but for now that's him in the opening photo.

Porco turned out to be a hit with both the dog and the cat. While Molly didn't particularly enjoy the in-the-car part of the trip (where she was confined to a large canvas and mesh dog crate), she loved staying in the trailer when we camped. Nylah has done well in cars since we transported her from her foster home near Abilene; we bonded during the three hours it took to get her to McKinney.

On the way out we stopped in Vega, Texas; Holbrook, Arizona; and Boulder City, Nevada. Part of the family had decided to congregate in Lone Pine before the funeral, so we put up in the Boulder Creek RV park just south of town, having made it through Death Valley (not without angst), and decided immediately to spend an extra day (four days instead of three). I wish we had actually spent more, because we really enjoyed the additional time to visit old haunts local museums (like Lone Pine's Museum of Western Film History, and the Eastern California Museum in Independence), the Cottonwood Charcoal Kilns, and the nooks and crannies in the Alabama Hills, where I have spent many happy moments cavorting and exploring with my kids, my brother, and numerous other family members.

Part of the lure for tourists to the Owens Valley is the history of film making in the Alabamas and surrounding locations, including the Sierra Nevada. We took the last shot from a spot we were considering for a family picnic. The area below it had once stood in for India in the thirties and the fifties, and for Afghanistan in the first Iron Man movie.

We left the Valley reluctantly, but the experience had shown us that we don't have to wait for another funeral to make the effort to get back.

On our way back to Texas, we chose a slightly different route, avoiding Death Valley, but driving south right through the area where, less than month later, a cluster of earthquakes--including two very large ones--would occur. The fault system involved is the same one that caused the Lone Pine Earthquake in 1872, one of the biggest ever to hit California. I had meant to take The Beloved Spouse to the monument this trip, but ran out of steam after a long day of memory-tourism.

Stops in Kingman, Arizona; Grants, New Mexico; and Amarillo, Texas got us home in a timely manner, after eleven days out. The best stay of all--besides Boulder Creek--was at the Grants park, Lavaland, which just happens to have a terrific brewery attached. So we had a nice chat with the brewista, picked up a growler of excellent Nut Brown Ale, a bottle of Santa Clara New Mexico merlot, and a nifty Elkins Brewery tee shirt to help spread the word.

It took Molly more time to adjust to being home than it did to get used to living in Porco, but now everything seems to be back to normal. TBS spent several days augmenting the gate to Porco's new parking spot in the back yard (he's two feet wider, five feet longer, and considerably taller than Lola, and we couldn't get him through the twelve-foot gate because the alley was too narrow). But the redesign worked (although I still need to stain the new bits) and we got him settled. Nylah was ecstatic when she got to go back in, and I'm planning to get Molly out there soon, so she doesn't forget what a great time she had on her first big adventure.

In the end, I think my brother would have been quite happy with his sendoff, and would have appreciated his spot next to his dad and the rest of his forebears. As always, it was great to spend time with folks we get to see much too infrequently. The next trip will probably be to the northwest, where my son and his wife just bought five acres and have space to house Porco while we're out there. Of course, we'll no doubt head south on the way home, to visit my brother's grave and breathe in the high desert air before we have to return to exile--at least until we decide what to do with the rest of our lives.

Just a note, in case anyone's looking for it: the link to More News From Nowhere has been taken down, because it's in deep revision. I'm hoping to get everything finished and the website redesigned and updated by the end of this year.

Image notes: All the the photos were taken in and around Lone Pine with a Canon Eos SLR. A couple of shots were edited in Photoshop to get rid of spots on the lens, but the last group should certainly prove that it's almost impossible to take a bad shot in the Alabamas. This is the dirty little secret of cinematographers throughout the history of American films. I highly recommend a visit to the Film History museum linked above if you're ever in town.