Well, Here I Am 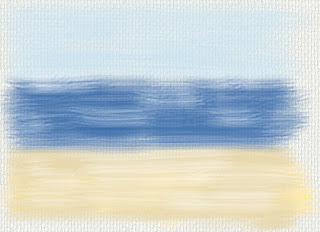 Even though I haven't been posting lately, I've been preoccupied with events and notions closely related to typical Farm content. The combined influences of Hurricane Sandy, the recent election (and the particular Texan brand of whining that accompanied the results), and my continuing ambivalence about where I want to spend the rest of my life have brought me to the point where I've just got to get some stuff off my chest.

As much as I sympathize with those who lost land and property as a result of Sandy and its aftermath (the "superstorm"), I can't help but wonder why we do this to ourselves.  Human beings seem incapable of choosing wisely where we live. We like mountains, we like proximity to water, and we like nice views--whether or not there's enough potable water to support a substantial population. So we live in earthquake- or avalanche- or fire-prone foothills and valleys, or even in cabins on mountainsides. Or we build lovely beach houses on earthquake- or hurricane-prone seashores. Or we build in sunny deserts with little or no water, and have to import it. Or we build in impossibly beautiful river valleys and suffer devastating floods.  Or we live in Tornado Alley.

Of course there's no perfectly safe place to live. Anywhere.  And civilization makes it even worse, because if we should happen upon an area with little potential danger from major disasters, we pipe natural gas into our houses, or build them with wood shingled roofs that catch fire when neighborhood kids shoot off bottle rockets on the Fourth of July.  Or we build a house on a prairie and then dig that up, precipitating a dust bowl in times of extreme drought. (Yes, I have been watching the new Ken Burns series.)

Climate change appears not only to be real, but really caused by us, and it looks as though we're going to suffer increasingly over the next fifty years or so, no matter what we do now to mitigate the damage.  Sandy, it seems, was probably a harbinger.

Before I began this post, I spent some time looking at YouTube videos of Sandy's impact on Long Island, where I lived when my son (now 36) was born.  We lived in a tiny town about halfway out toward the Hamptons, and later moved to a little resort house on  Lake Panamoka nearer the north shore.  We withstood a couple of hurricanes in situ without much damage back then, and the area doesn't seem to have been much harder hit this time. I could have lived there forever, in the middle of the Pine Barrens, on the glacial moraine that marked the outermost edge of a Pleistocene glacier.  But the necessity of work drove us to Texas, and (as Jubal Early says so poignantly at the end of the final Firefly episode) "Well, here I am."

I was born on a major earthquake fault, near some dormant volcanoes, and moved to others (Japan and Taiwan) as a child.  These latter islands presented a possible triple-whammy: earthquakes, volcanoes, typhoons.  We never were in any danger of a volcanic eruption--even on Yangmingshan, near Taipei, which simmers visibly.  The mineral and sulphur springs that fed our bathtubs and made for luxurious soaks apparently vented enough of the volcano's energy that only minor earthquakes occasionally reminded us of what lay beneath.  I do have photos of post-typhoon flooding in Taipei, but in those days houses were built behind eight-foot stone walls, with three-foot forgiveness under the floors.  Folks seemed to know what needed to be done to keep the water from washing the whole city away.

Now, at the southern edge of the tornado belt in north Texas, the biggest danger we face is wind, hail, and other such weather-related damage.  During the renovation this past summer, we had a high-impact, fire-proof roof installed (paid for by our homeowner's insurance because of several years' worth of hail dings), but we still face the possibility of having a tree fall on the house during a storm.  Things would be a lot more worrying if we lived out in the open on flat prairie land, but the bit of topographical relief we enjoy in this area makes us slightly less prone to direct tornado impact.  So I pay for my relative safety by sacrificing my innate longing for big sky.  The house is surrounded by, in my father's estimation of any place not in the desert, "too many trees."

And I do long for the desert.  During my frequent romps into real estate porn ("owens valley california real estate" pops up in my search window if I simply type "o" into it) I can almost smell the granite sand of acreage in places like Olancha, Lone Pine, or Benton.  I can hear the crunch under my feet as I walk through clumps of sage brush and old jackrabbit bones.  Sometimes I ache for it--but never manage to arrange my life for even a visit.  I think I might be afraid that going home could make it even harder to come back.

So I do understand why people will rebuild in Rockaway, Staten Island, and on New Jersey's barrier islands.  The Beloved Spouse knows well that if I go to a beach I will wander off for miles along the shore, completely losing track of time and any sense of needing to be somewhere else for any reason at all. I've spent hours walking along beaches from Fire Island, to Tamsui (Danshui) near Taipei, to Galveston, to Virginia Beach, to Big Sur, to Bermuda (although I was so young there that I fell in the surf and almost drowned).  Even though I'd rather live in the desert, I could use a good long stretch of time on a quiet island in the middle of an ocean, and surrounded by sand.

Only, I live here. In north Texas, where a not-insignificant portion of the population now wants to secede from the Union and doesn't want to provide health care for the less fortunate among us.  But McKinney is also #2 on Money Magazine's list of Best Places to Live. It does, in fact, have some nice amenities, like an historic downtown and a decent used bookstore. It's also a little easier to live in, now that the house is painted, there's a perfectly delightful bathroom upstairs, and the living room has gone all wabi sabi  (I'll explain that in a later post). But I'm still coming to terms with the fact that my little half-acre oasis is just that: a tiny space in an intellectual desert without the charm of the real thing.  Sandwiched between hostile neighbors, we work (when we can) to shore it up, and hold out against the local universe.  But as long as my daughter's around, the dogs are happy, the Beloved Spouse has the tennis coaching to alleviate the pain of trying to teach philosophy, and I'm still (mostly) enjoying what I do to earn the mortgage payment, I'm okay.  For now.

When a colleague asked me yesterday how I was doing, with my usual snark I replied, "Well, I ain't dead. Any time I wake up not dead, that's a good day."  Fuss as I might, my troubles don't amount to much when compared to those whose house on the beach is no longer there.  I'm thinkin' that they should probably rebuild elsewhere, but I do understand why they might want to chance it one more time.

Image note: This was created in the kids' app, "Drawing Box" for the iPad.  I played around with two others--Paint Tools and Art Set--both of which are less silly, but I liked this one best.
Posted by Owlfarmer at 8:58 AM 2 comments: