Design to Heal the World 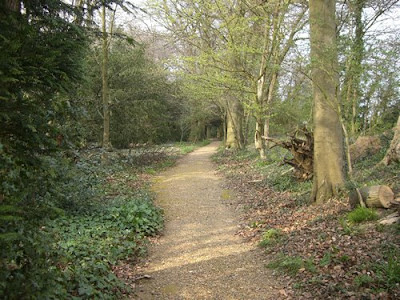 The power of the English language is such that words often do double duty as both nouns and verbs. While this often leads to confusion, it also makes puns possible. I've often thought that this fact might make for interesting names, and even played with the idea in my novel (giving various characters names like Bend, Cook, Book, Hand). And so I managed to accomplish a bit of a pun in my title for this blog; it's both an exhortation (do it--design to heal the world), and a commentary on how design itself can save the world. The post is, in fact, a plea to my students as designers, and an acknowledgment of design's innate power. Of course, I'm not the first by any means to suggest that artists and designers possess this power. William Morris believed it to his core, and it's the basic notion behind such movements as the Vienna Secession and the Bauhaus.

The Arts and Crafts Movement, in fact, provides an excellent example of how people have responded to social problems by proposing art as an anodyne. Educate people and teach them craft, and you will provide them with a way to earn a living, and a way to engage their minds. The Bauhaus was founded on similar ideas about the democracy of art and craft, although unlike Morris's movement, it embraced the machine as a way to construct high-quality, well-designed goods for a less well-heeled clientèle than Morris & Company had served.

Most of my formal teaching career has been spent helping design students understand the significance of design within the larger scope of the humanities, and familiarizing them with the history of their craft. But I don't often get a chance to impress upon them the importance of choosing a path within the various applications of design that can lead to positive--and necessary (especially for their own future well being)--change. And unlike most of the politicians strutting about these days, I'm going to get specific here. By "change" I mean altering the present global political and economic course toward choosing more sustainable, less destructive, and more life-affirming means more closely aligned to the ends toward which they are directed.

Many such paths are currently available to us on a personal economic (remember the roots of the word: oikos means "home," and nomos "principle" in ancient Greek) level: smaller homes, more fuel-efficient cars, more mindful energy consumption, conservation practices such as recycling and resource management, care of land and property, use of public transportation, participation in civic affairs. But on a professional level, choices can often become more difficult, especially when a student is faced (as most of mine are) with significant monetary debt that often leads to their taking the first job that comes along to help relieve the burden. I certainly understand this impulse, having never been in a position to be particularly choosy about those for whom I work. Nevertheless, I thought I'd focus the next couple of blog entries on some suggestions: questions to ask, things to consider, etc., before my students graduate and go off to make their way in this increasingly fragile world.

I was actually inspired to do this by my own daughter, who plans to graduate in December with a Bachelor of Fine Arts degree in Interior Design. Because she already has a job she enjoys and that pays her well enough to support herself and her Very Large Dog, she's sometimes ambivalent about going through the process of becoming a licensed designer (interior architecture is probably a better description of the field she's studying) because it would initially involve a pay cut and a period of what amounts to apprenticeship before she can take her qualifying exams. In addition to this, and as much as I love shelter magazines that promote sustainable design, I see the stereotypical, Architectural Digest model of interior design as gluttonous, wasteful, and extravagant, no matter how many articles focus on the environmental activities of celebrities. I am, therefore, particularly interested in how she plans to use this degree.

So when she started bubbling over about her senior project idea--a cancer center for children--I quite simply beamed with pride and gratitude. The project she outlined would actually marry her professional and social lives, because most of her "off" time (little as there is of it) is spent raising money by participating in cycling marathons for the Leukemia Lymphoma Society (the link is to her Team in Training fund-raising page). She initially was prompted to do this by the death of a friend's child, and many of the "honored heroes" she rides for are cancer-afflicted friends and family, or survivors of leukemia or other cancers.

Then I started thinking of all the useful ways through which design professionals can contribute to world betterment. Although I no longer teach interior design students, it's clear that they don't all have to go to work designing opulent surroundings for rich people, or sell out to firms that ignore the impact of construction-related industries on the planet. In fact, the field of interior design seems to be evolving toward sustainability; students take courses in green design and adaptive reuse, and materials classes increasingly focus on recycled materials, organic sources, and energy efficiency. Imagine what would happen if a conflagration of interior designers were to ignite their profession with the spark of sustainability! End of silly metaphor.

The next few blog entries will pursue this discussion, focusing on one or two fields in succession. A couple of my students have already broached the subject in responses to previous posts, and I welcome their suggestions. We are, after all, in this together--although if we do it right, they'll be "in it" a lot longer than my generation will. I think they deserve a chance at a better world, and it's our responsibility to help them learn how to make it.

Photo: "Darwin's Thinking Path" described by its maker (Tedgrant at Wikimedia Commons) thus: "This is a path in the grounds of Down House. Darwin regularly walked along this path for exercise of body and mind. He called it his 'Thinking Path'. I visited Down House on my 60th birthday and took this picture with my digital camera."
Posted by Owlfarmer at 7:56 AM