Life (and Death) in Tornado Alley 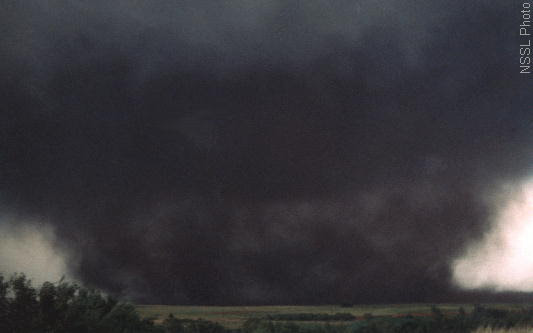 This time of year, folks around here are somewhat obsessed with weather: justifiably so, especially in view of what happened in Moore, Oklahoma yesterday.

One reason why I've always considered Texas as a place of exile is that the region scares the crap out of me on a regular basis.  I can handle the heat, humidity, and bugs, but the tornadoes are another story.  I spent an entire day in a bathtub in April of 1979, seven and a half months pregnant, and with a toddler who thought the whole thing was a lot of fun.  That day, an F4 tornado hit Wichita Falls, and the weather forecasts for Richardson, where we had moved from Long Island, were threatening the same conditions.  I was used to hurricanes and typhoons, but they give you plenty of warning.  Tornadoes, on the other hand, can quite literally drop out of the sky with little advanced warning at all.  A vintage television broadcast, featuring my favorite weather caster, the late Harold Taft, suggests that at the time people were rather more blasé about the possibilities than they are now. Nothing happened in Richardson, but I've been thinking about building a tornado shelter ever since.

The aftermath of that storm made many people more conscious of the danger, and over the last thirty years, the news channels have fed us regularly with dramatic forecasts every time a front comes through.  The F4 or (some were suggesting) F5 storm that hit Moore and killed at least 24 people was far more devastating than any previous, so even those who've been accusing the weather-folk of fear-mongering will be paying attention, at least for this season--which is only beginning. I'm really hoping that the outcome of yesterday's devastation is that people start building shelters in schools; it seems unconscionable that a town that had already suffered a massive tornado would build schools that relied on students' huddling in hallways.

There seems to be no solid evidence that the intensity of recent storms is an outcome of global warning, but I do feel a frequent compulsion to smack the deniers upside the head.  Even if bigger tornadoes are caused by something else, there is so much change occurring everywhere that even to most entrenched non-believers ought to be rethinking how they're living in the world.

What prompted this post in the first place was a picture in the Daily Poop of a peach farmer walking through a depleted grove. The accompanying article  ("Texas peach crop is the pits; wild swings of weather to blame"--apparently not available online) noted that crops were diminished or ruined by our warm winter and late frosts. The weary-looking farmer remarked that "We wish the weather would go back to normal."

Fat chance.  Even small crops in backyard gardens are being affected.  Whereas ten years ago when I moved to McKinney, I'd get two crops of figs, lately I've only had one.  And this year, because the frosts nipped the buds, I've only been able to find two little tiny figlets, low on one of the two trees, in a relatively sheltered spot.  There's a chance I'll get a late summer crop, but I'm not counting on fig jam.  I'll nab what the mockingbirds don't steal, and eat them right there.  On the other hand, my two remaining peach trees (one volunteer, the other a remnant of a tree the previous owner planted) are loaded, and I may actually get a few now that the side yard is fenced. Somebody (not mockingbirds, I think) used to make a foray into the open side yard when we weren't looking.  Again, the spot where these are growing is relatively protected, and so that may have helped.  But we also garden organically, and preserve soil moisture with mulch; that probably contributes to peach survival.  When we had the work done on the house last year, we installed two rain barrels on the north side of the house to help irrigate the potager, and the peaches and anything else we decide to grow back there.  Three more barrels cover other sections of the property,  and the recent rains have filled them all up to overflowing--so much so that I've had to plop mosquito dunks in them to help stave off West Nile virus.

As I write this, I'm just in from mowing the back, and the Beloved Spouse has finished the front and south sides of the house--as the skies darken and neighbors warn of whopping storms moving in by 1 pm.  The news channels and TV crawls are abuzz with another tornado watch. However, I've checked my NOAA and HD Radar apps, and it looks like we're in for rain but not much else.

That doesn't mean I'm not going to heed Harold Taft's advice on the linked video clip. I will be keeping my eyes on the skies. And we will be working on a shelter this summer.

Note: Anyone interested in helping with disaster relief in Oklahoma should probably donate directly to the American Red Cross. These good folks are better attuned to what's really needed, and are situated to put funds to use quickly and efficiently.

Image credit: Photo of the Binger, Oklahoma F4 tornado in May 1981, courtesy NOAA's National Severe Storms Laboratory.
Posted by Owlfarmer at 10:20 AM

My mother was born in Lawrence, Kansas, and I remember my grandmother telling me stories of the tornadoes there. They had a root cellar that they used and one time my mother, who was about 5 at the time, took her chicken down there with them when a tornado approached.
Looks like you and I were both pregnant at the same time! My children are 17 months apart...One born in July 1978, the other one in December, 1979. Now I'm a grandmother! :-)
~~Cheryl Ann~~