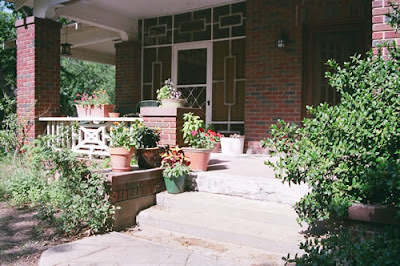 The papers are full of disaster this week, some apparently natural, some caused by human agency: wildfires in one of the cradles of Western civilization; hurricanes in the Gulf of Mexico; bombs everywhere. But even the “natural” disasters arise because of human activity, either accidental or deliberate.

At least some of the “wild” fires in Greece may have been deliberately set by greedy developers who cannot legally build on forest land. If developer-arsonists were to succeed in clearing these areas and build what they want, the people who would buy housing constructed on burnt-out areas are not the villagers who now live adjacent to them. Those who occupy these lands today would be replaced by rich Athenians looking for vacation homes, or rich foreigners. Greece, like other chronically dry regions—such as the Owens valley—is subject to periodic wildfires. Fire is actually necessary for the regeneration of certain forest species (like the Jack pines on Long Island). But persistent drought and human greed can over-burden the forest’s ability to “fix” itself. The irony here, as it is with any concept of razing existing spaces for new construction, is that what makes the area desirable in the first place (nature, neighborhood) is destroyed in the process.

The presence of human beings in the world, with their big, active, inventive, restless brains, has initiated such a complex web of actions, reactions, and interactions, that the only way to ameliorate the consequences is to stop. Period.

If we want to save the world, it’s pretty clear that we’d better stop doing most of what we’re doing, and quickly. We need to slow down, breathe, think, ponder, deliberate, talk. I was going to add “do” to that list, but “doing” needs to be curtailed. Thinking before doing—and not just paying lip service to the thinking part—is something we really must do more of.

Unfortunately, deliberation can be debilitating, in the sense that thinking things through, weighing consequences, and choosing alternatives can lead to inaction. When faced with a multitude of possibilities, how does one choose the correct path? How does one choose, in the end, what to do?

Thinking things through is tough enough on a personal level, but nigh impossible on even a local level. In small-scale, face-to-face communities, with a relatively homogeneous citizenry (homogeneous not necessarily in the sense of ethnicity, race, or even religious affiliation; but in the sense of philosophical orientation, as in many of the “alternative” communities set up in the sixties and seventies), such deliberation might be possible, and even promise some success. But we don’t breathe local air.

And therein lies the rub. What everybody else does on this planet affects us down to the level of individual entities. So coal-mine fires in India and China may be polluting the air and warming the atmosphere to an extent similar to that of the car-loving, energy-hogging West. Nobody escapes guilt, because even the peasant farmers who aspire to what we have will do what they can to achieve our level of “civilization.” So, we try to do what we can to reduce our impact, our carbon footprint, our level of consumption—and we end up feeling angry and frustrated with our puny efforts.

Sometimes I really do want to live on another planet: one we haven’t messed up beyond repair. It’s pretty obvious to me that there’s nowhere on this formerly-green earth in which to start over—to stop doing what we’re doing and go back to considering the consequences of our actions before we actually take action. Not going to happen. Everybody breathes the same air, and there are few places left that are isolated enough to avoid political confrontation with neighbors. But that doesn’t mean we can’t conduct thought experiments designed to consider alternatives--and that might help us over the hump of despair.

In the current issue of Orion magazine, “Altar Call for True Believers: Are we being change, or are we just talking about change?” Janisse Ray exhorts the already-faithful to start making more significant changes in our lives. But we’re awfully comfortable, some of us believers who are well-educated, reasonably well-healed, and well-informed. Each small step we take toward lowering our dependency on fossil fuels and other exploitative technologies is just that: small. We’re part of the group Stanley Fish mentions in his blog for the New York Times yesterday, “Blowin' in the Wind,” in which he describes the fallacy of relying on “renewable” energy. In his experience, wind-generated power is so intrusive that his neighbors (many of whom fit the description of True Believers) don’t want any part of it. And I’m pretty sure that I wouldn’t feel nearly as smug about getting my energy from Green Mountain (with its wind-farms in west Texas and other areas) if its turbines were next door.

The solution is, quite simply, to vastly decrease our dependence on energy of any kind. The thought experiment that might help us solve the problem goes something like this: What if we were to give up electricity? What kind of life could we imagine that relied completely on the sun, animals (see the article on “Horse Power,” also in this issue of Orion), and other natural sources? Of course we’re not going to do this (I wouldn’t be able to write this blog, were it not for the highly exploitative computer technology at my fingertips), but thinking about it might help with the education of desire: How much of this do we really need? How much of it could we reasonably do without?

The very small attempts in my household include the minimization of air conditioning. Last night, despite the fact that yesterday’s temperature reached the mid- to high-90s in our area, we slept without turning on the small window unit in our bedroom. We did cool the room where the (heavily furred) dogs sleep, although the thermostat is set at 80. In fact, for most of this summer, we’ve relied on the two attic fans, one atop the other, in the center of the house, which had been the only source of cooling in the house (built in 1922) for most of its existence. The summer here in north Texas has been relatively mild, with only four days in which the temperature hit 100 (last year the total number was more like forty), and (except for the mosquitoes brought on by the early summer rains) pretty tolerable. At my age I’m not sure how much heat I could stand before caving in, but we don’t have central air conditioning and make do with window units to cool the three rooms we use most. But before freon-based air conditioning was invented, people used the attic fans and the designs of their houses (solid timber on pier-and-beam foundations) to make it through the prairie summers. Janisse Ray’s article has renewed my effort to think even more carefully—beyond the recycle/eat organic food/seek humanely-raised food sources efforts most of us already practice—about how I live in the world. As long as all this deliberation doesn’t lead to immobility (sometimes I do just want to give up and go live in a cave) or complete lassitude, there are probably plenty of small choices we can make that, while not exactly saving the world, might help change it. But we have to choose more of these.

Try the electricity thought experiment. If nothing else, it’ll make you aware of how much you rely on this one technology. And then maybe you can find ways to minimize that reliance.

Posted by Owlfarmer at 7:38 AM