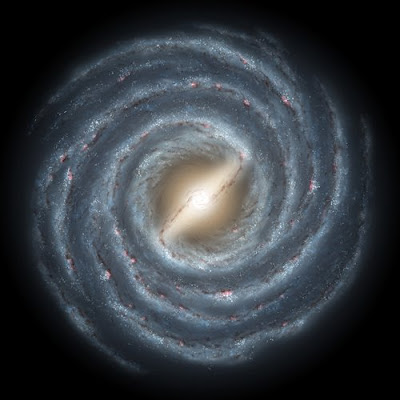 Little did folks like Louis Daguerre and Eadweard Muybridge realize, only a hundred and fifty or so years ago, that their technical innovations would spawn a perceptual revolution. Well, they might have imagined a small one: a new way of looking at the world, perhaps. But the power enjoyed by visual media today would have been unconceivable to the earliest pioneers.

Film, video, animation, and various manifestations of virtual reality all stem from some very simple ideas, which would have seemed like magic to the guys with the clunky boxes and bottles of volatile chemicals. Good film and animation still evoke magical responses, especially in children. And therein lie two aspects of the power these industries wield in the modern world: education and responsibility.

For reasons I've yet to fathom, some children (primarily boys, although culturally "primed" girls are also involved) really like to blow things up. They love fire and guns and exploding body parts. I'm not going to get into the black hole of discussion about whether or not visual media cause violence in children, because there are good arguments and data on both sides of the question and I suspect that no single answer is forthcoming. However, I do know that after my son watched Tom and Jerry cartoons when he was just a little guy, he would then run around being a holy terror for the next two hours; so I suspect that the cause and effect argument is not entirely without merit. Nonetheless, I'm not advocating the banning of violent video games or anything like that.

What I would like to see, instead, is an increase in games and films that challenge the little gray cells: excellent stories, stunning visual effects, intellectual stimulation, historical fidelity, and ethical consideration. No, I'm not asking game designers and movie producers to provide us with more Davy and Goliath. But surely virtual life can provide alternatives to stealing cars, blowing up buildings, and newer and fancier guns (that still do the same thing: blow arms and heads off of enemies). The puzzle games I found interesting and challenging early on (Myst, Labyrinth of Time, Qin) now seem like blips on the screen. These days the choices seem to be between glitzy arcade games and "historically" based adventure games--in addition, of course, to the shooters. The graphic environments of these games still seem creative and effective most of the time, but I'm not sure animators are ever going to get humanoid figures right (one reason I don't like games with people in them). They also don't get the history right very often, and use it primarily as a vehicle for delivering to the gamer more chances to beat the crap out of someone or something. How about an adventure game that explores the possibilities involved in cleaning up the planet and finding alternative ways to live? Ways, that is, that don't involve blowing people up? I know I've ranted on this subject before (see Virtual Unreality), but our current situation seems to me to offer the ultimate scenario: saving the planet and building a sustainable future. Without the use of explosive devices.

For filmmakers, it seems to me that we've pretty much exhausted the chainsaw bloody guts splatter kill and maim genre. How many different permutations are there of Jason and Freddy, anyway? Aside from the basic psychological question of why people even find this stuff entertaining, there is the challenge of creating films that explore core moral concepts like honor, friendship, fidelity, responsibility, co-operation. I'm not saying that films about these concepts don't exist, but they're few, and usually involve some canned, sentimentalized, dumbed-down situation with unambiguous solutions to hackneyed problems. Potentially good stories are ruined, and their lessons muted, because some dope in Hollywood thinks he or she knows kids better than the storyteller does (I'm thinking specifically of The Golden Compass here). Or, we get the cynical version, where the good guys die, their cause is defeated, and their efforts have all been in vain. And then everybody gets blown up.

Maybe one reason I became such a Firefly fan is because it was the first television show I'd seen that refused to pander to popular tastes and expectations, but managed to be morally uplifting and entertaining at the same time. Joss Whedon and his writers presented ambiguous situations honestly, and unsentimentally. And humorously. Some folks criticized the Old West In Space aura, but Westerns were once one of the few genres that dealt with big, important themes. Well, Westerns and pirate movies. And a few space operas.

Anyway, this is where I'm going: The film and gaming industries are completely unnecessary to human existence. We will not die if an EMP shuts off our power and movies go away. Gerard Butler can always tell the story of Star Wars in a bunker in post-apocalyptic Scotland, just like the bards of old did with the story of the Trojan War. That said, however, films, videos, television, and games have become such an integral part of human life that barring the apocalypse, they're not going away. But aren't people eventually going to get tired of the same old shoot-'em-up crap, with different anthropomorphic monsters, sporting new and improved guns and bombs, and slightly different bodily fluids to spray all over the set?

And how are the kids going to turn out? If all they see through these media are stupid people doing stupid things, or violent people doing violent things, what the hell kind of future is that going to lead to?

I'm not arguing for cotton candy here. But how about thoughtful, challenging, visually stunning films that use all of this (highly environmentally destructive) technology to help make our kids smarter, more curious, less passive, more eager to get out and do something about the problems we're handing down to them. Documentary films that don't sex up a question with "mysteries" and hyperbole (like the recent Secrets of the Dead segment on the Minoans) and portray historical events honestly and accurately would help them learn that questions can be answered, and interesting problems can be solved using responsible means.

And, occasionally, we could turn off the TV, put the Game Boy or XBox away, and take everybody out to rough it in the wilderness for a few days. Who knows, they might see real stars.

Photo: Virtual reconstruction of the barred Milky Way Galaxy. Wikimedia Commons.
Posted by Owlfarmer at 7:25 AM

Great post! I didn't really watch movies or television until I was nine and I always wonder how my imagination would have developed if I'd spent less time outdoors and more time watching tv. Perhaps it wouldn't have had much of an effect, but you never know.

That being said, there are lots of great movies, as you point out, though they seem few and far between these days. I wonder what William Morris would have thought about tv?

Good question. The technology part would certainly give him pause, but perhaps he would see some benefit, as he did with a few nineteenth-century innovations. The criterion of worth would probably lie in a technology's potential for avoiding the soul-killing effects of repetitive, mindless labor. But if there were potential for creativity and social improvement, he might approve. He'd probably love some of the anarchist blogs I read.

Your lack of early experience with television is similar to mine (no real exposure to TV until I was 15, although I did see some movies), and I think that might be a clue to TV's impact. Those of us who didn't have it read more and developed an entirely different world view than those who've been exposed since day one. If I ever have grandchildren, I've been assured that TV will be a rare occurrence in their lives: perhaps an occasional (good) movie, but no TV, not even Sesame Street.