Why I Believe In Dog 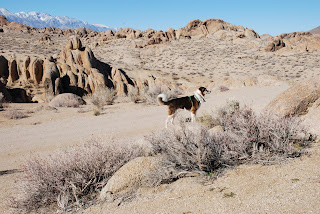 This is not the first time I've written an obituary for a pet on this blog. Undoubtedly it won't be the last. But it may be the hardest thing I've done in a while.

Last Friday afternoon, the Beloved Spouse and I took our well-loved mutt, Woody, to the vet for the second time in as many days. This time he didn't come home. We're not quite sure what had happened, but he hadn't been himself for several months, and xrays and blood work indicated that his obvious pain had a source. So we let him go. The doctor and crew who had cared for him for the last twelve years helped us through it all, and when we got home his brother Arlo was waiting for us.

His brother's absence seems to puzzle Arlo a little, but he's soaking up the attention. And pet care is considerably easier now without the nightly tussle of administering drugs to a dog who had forgotten all his manners.  Arlo gets along with Mrs. Peel better than Woody did, too, and she's taking advantage of the situation by lounging around in places she avoided before.

So now we settle into life without one of the "puppies" who'd been with us since before my father died (we took photos of the little guys for my Dad to see when we went out to visit him in hospice), neither of which had spent much time away from his "womb mate." We always got a kick out of explaining that they were siblings because they were two totally different dogs, both in looks and in temperament. Woody, as I was fond of saying, was the pretty one; Arlo had most of the smarts.


With the news full of the awful things human beings do to one another and to other beings, dogs remind us what pure innocence and goodness looks like.  Not long ago my stepmother sent me some very moving photos of service dogs who help the military and law enforcement do their jobs. I wept through them all because their loyalty is emblematic of the kind of virtue we want our children to practice. Recently, in a conversation about a neglected dog, the Washington Post advice columnist Carolyn Hax noted that "People don't deserve dogs" because of the way some of us treat them.

Thanks to a thoughtful former boss, who found these guys for us, and to the Frisco Humane Society who fostered them, Woody and Arlo have had good lives with a family who appreciates them. We will all miss our sweet, goofy, gorgeous Woody--and will treasure however much time we have left with his brother.

Images: Woody in the Alabama Hills near Lone Pine, California during his Big Adventure in December of 2014; Woody and Arlo enjoying one of their favorite pastimes. It snowed the day we got them, and they've loved romping in the white stuff ever since.
Posted by Owlfarmer at 9:53 AM