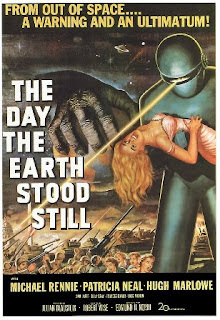 The really funny thing about even thinking about blogging is that separate, seemingly unrelated events begin to connect unexpectedly. I have fallen into a pattern, since I began this thing in June, of writing once or twice a week, usually in response to events around me, and after I’ve processed them through my “utopia matrix.” I’ve tried to look at the news and contemporary culture within the framework of a William Morris-inspired world that applies his philosophical insights within my own fictional realm. And even though I haven’t published the book yet (I’m still trying to decide if I want to simply put it up online and see what happens), I nevertheless filter my responses to the news through a very particular perspective.

So it shouldn’t surprise anyone that two events from the last couple of days are linked here: a letter in the Dallas Morning News complaining that a Vietnamese woman who’d been here for ten years still didn’t speak English (the article that prompted this letter concerned the woman’s ordeal after a man tried to commit suicide by jumping off a local bypass, landing on her car, and injuring her severely). Aside from the lack of compassion implied in the letter, the underlying stimulus was the current national preoccupation with Aliens (of any stripe), and how to deal with them. I don’t want to get into the Great Immigration Debate here (mainly because my solution is essentially to let ‘em all in, and develop a Reliable Terrorist Detector), but having lived through the fifties, I’m acutely attuned to the relationship between current events and science fiction—Which, later on, will bring me to the second impetus for this post: the hullabaloo about Halo 3.

First, my response to the letter in the Dallas Morning News. Nothing I’ve ever sent to these people has ever been published, but here’s what I wrote:

In regard to letters from Kelly Williamson and other readers complaining about immigrants’ English language skills (or lack thereof), I have one question for these critics: when was the last time you tried to learn a complex language as an adult? It’s one thing if you’re a child, at peak language-acquisition age; it’s entirely another if you’re adult—especially if you don’t happen to live in a particularly supportive community. I have also noticed that folks who live around here are neither very good at understanding (nor very tolerant of) “foreign accents.” They even need subtitles on the news to understand interviews with non-native English speakers! I’ve even heard adult, native-born Texans complaining about “Yankee accents,” insisting that they can’t understand what’s being said.

As long as people can make themselves understood, and translators are willing to help them out, what’s the problem? It’s not as if immigrants don’t want to learn; but who would even attempt the long and difficult process if they knew they’d face impatience or even ridicule for their efforts?

I had originally written “aliens” (in quotation marks) instead of “immigrants” in the last paragraph, but decided that they’d edit me anyway, so went with the less suggestive term. But that’s what it’s really all about: aliens, and what to do about them, the Other, the NOT US. Towns around North Texas are busy enacting and enforcing laws that deny housing to “illegals” and deport anyone without “papers” for even the smallest infraction (like a parking ticket). Families are being split apart because some members are citizens and some not, and in some cases they’re being housed in prison-like facilities while somebody negotiates on their behalf. The underlying fear that governs all of these activities centers on the latest version of the Red Scare: illegal immigration and terrorism (and the apparently necessary connection between the two). I know that this issue is far more complex than my rather facile description implies, but I’m pretty sure that the similarities hold. We’re afraid of something that might happen, so we focus on eliminating (or at least containing) the “other” as the solution. Implicit in this preoccupation is the basic perception of the other as dangerous, threatening to our way of life, and/or destructive of our very values.

Yesterday, the debut of Halo 3 caused a minor earthquake at Best Buys throughout the country. Friends with children are still debating whether or not they should purchase it (that is, if they weren’t already camped out in line with their kids the night before), and the conversation has centered on its graphic violence and its “Mature” rating. There but for the age of my children go I (my son has probably already purchased his own copy and may even be playing it at work—he has that kind of a job). But this isn’t another rant about violence—it’s an observation about world view.

In Halo, the Covenant is out to destroy future Earth. The gamers are out to defeat them, all decked out as the Master Chief (probably the dumbest name in science fiction history), and they can’t do this through negotiation. They have to blow the crap out of the aliens and destroy their Weapons of Mass Destruction (the eponymous Halos) in order to Save Us from the Other. Or we could drop nukes on Nagasaki. Or invade Iraq and defeat our enemies with Shock and Awe. Or . . . well, you get the picture.

As I will continue to maintain throughout my literary life, science fiction is not about the future; it’s about us. Now. Today. It’s one of the metaphorical devices through which we work out possible futures, alternatives, worst- and best-case scenarios. Aliens, of course, are not always bad (Klatuu barada nikto!), and are sometimes the redeemers. But since it’s much more fun to blow things up, the good ones don’t get as much play. The most interesting take on the question in recent science fiction was Joss Whedon’s Serenity, in which the “aliens” are us—the result of bad judgment (and bad science) on the part of a repressive government.

I’m no longer arguing against graphic violence in video games (although I might someday argue against video games in general, just to keep my logic chops going), mainly because it’s a bit like banging my head against a game controller (I work in a design school that teaches people how to do this, after all). And the graphics in both Halo 3 and Bioshock are quite simply gorgeous. I just wish that we could get over our fear of others for long enough to stop crabbing about how they can’t speak English, and start wondering what we can do to make immigration unnecessary (by finding ways to help stabilize foreign economies and improve standards of living abroad, for example) or make what we do less offensive to the rest of the world (and less desirable for all the wrong reasons). I also want a beautiful video game with challenging play and sumptuous graphics that doesn’t involve explosions and blood and gore—but rather invention, creativity, intelligence, and the potential for good will. We’re very good at thinking up ways to kill people or simply exclude them—but we’re terrible at imagining what a better world would look like.

Photo: I snitched the poster from Wikipedia. Surely it's in the public domain by now.

Posted by Owlfarmer at 9:07 AM

If you're interested in a game that's not about violence, there's always A Tale In The Desert. It's an MMO where the focus is crafting and building a society. Unfortunately, like all MMOs it's also a horrible timesink.

As far as better worlds, there's always Star Trek, though this might lead you to believe otherwise.

Also, yes, Master Chief is a silly name for a hero, but it's just his rank. His name is John.

I'd actually seen A Tale in the Desert before, but the graphics are really cheesy compared to the likes of Halo. But thanks for the link to The Volokh Conspiracy, because I hadn't known about the site and it seems to offer an interesting perspective. Star Trek is, for me, at least, a pretty materialistic "utopia"--but I guess it has provided one of the only positive views of the future available on TV.

In regard to Master Chief, it's still silly. Maybe that's because my dad was a Chief Master Sergeant (later promoted to Senior Master) and my ear got trained to that.