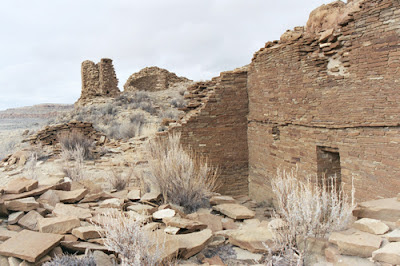 Once again, a confluence of articles in the newspapers and magazines I read regularly, combined with events occurring in my classes, has led me blogward. It continues to amaze me that the focus required to produce an essay or two per week seems to generate spontaneous couplings of information, and some interesting partnerships.

Friday night I taught my first-ever class in visual anthropology. I started off showing a few short films from the Faces of Culture series, and introduced concepts like cultural relativism and ethnocentrism. Now, I’m a jaded old fart who’s known about all this stuff for the last fifty years, but my students were essentially unaware that in addition to introducing smallpox and other diseases to the Americas (about which they already knew), the colonialist impulse had wiped out the entire population of Tasmania, and is still in the process of eliminating most surviving small-scale economies. So the number of people on earth who maintain close, day-to-day contact with the mother planet is dwindling as I write. And while colonialism per se has largely disappeared, the ethnocentric impulse that fostered it is alive and well. Latent imperialists, especially in the United States, are still trying to convince others that we know what’s best for them, and that our values and ways of life are far preferable to theirs. Of course, the big difference now is that some of the “others” are fighting back—in ways completely anathema to those very values and ways of life.

Having just heard and read several stories on local and national media about how French women are now getting fat (along with their children and husbands), I realized how much of modern angst is connected with the techno-imperialism that has pretty much begun here and is spreading everywhere. Even the French, who have long been able to turn up their noses at American “lifestyles,” are buying into the technologically infused, too-rapid pace of life exported from North America. They no longer “have time” for the activities that kept them slim: long, leisurely meals with family and friends, walking everywhere, not snacking on fast food between meals.

This realization resonated with an article in the Sunday Dallas Morning News by Barbara Kingsolver (“Dig into the dirt”), whose new book, Animal, Vegetable, Miracle: A Year of Food Life joins a growing number of similar reflections on eating locally and reconnecting with our lunch. In her short piece for the News, she reminds us that her (and my) generation “has absorbed an implicit hierarchy of values in which working the soil is poor people’s toil. The real labors of keeping a family fed are presumed tedious and irrelevant” because “we have work to do, the stuff that happens in an office or agency or retail outlet.” As sympathetic as my students might be to the plights of aboriginal communities, I doubt that many of them are plunking down big bucks at a technical school in order to go back to farming the land and growing their own. As a culture, we have so thoroughly transformed ourselves into this radical form of homo faber that we cannot even imagine returning to our agricultural roots, except, perhaps, to put in a small veggie garden.

As Ronald Bailey puts it, in a piece critical of Kingsolver’s “latest fiction” for Reason Online, “I am very glad that people want to spend their lives raising tasty Mortgage Lifter tomatoes and Albemarle Pippin apples. And I am also very glad that I don't have to.” Bailey, donning the mantle of the Enlightenment to protect him against what he apparently sees as a growing tide of irrational Romanticism, reels out the stats: factory farming allows for more production on less land, results in cheaper prices, and has “liberated many like me from farm labor so that we could do other work.” Having grown up on a farm himself, and having participated extensively in its highly unglamorous tasks, he makes fun of people like Kingsolver and Michael Pollan (The Omnivore’s Dilemma) for what Bailey seems to think of as agricultural dilettantism. But he misses the point entirely, and ends up making Kingsolver’s case for her. He goes on to list all of the advantages of modern agriculture (which are primarily financial) including increased incomes and the ability to choose other work. He talks about the Peruvian farmers and sheepherders in New Zealand being able to sell their products to gourmands in America, but neglects to mention what the advent of modern farming techniques has done to other parts of the world, especially in places like Bali and India. But my students, who will be viewing a segment from the film, The Goddess and the Computer, will know that the “green revolution” has exacted a heavy price from the people it was designed (by us wise Westerners) to assist.

The fact that we simply have not found a balance between technological desire and the needs of our selves and our planet is becoming increasingly obvious. In an article in last week’s New Scientist (only the abstract is available unless you're a subscriber), Daniele Fanelli cites growing evidence that we are nowhere near being able to achieve sustainable development. The only nation that is, Cuba, will undoubtedly fall away as it grows more economically successful. The article focuses on research, conducted by a team from the Global Footprint Network, that “quantifies the area of land required to provide the infrastructure used by a person or a nation, the food and goods they consume, and to reabsorb the waste they produce, using available technology.” The result is the EF (Ecological Footprint) index, which the World Wildlife Fund recently used “to calculate that two more planets would be needed to support everyone in the world in the manner of the average UK citizen” (Fanelli). Like all such studies, this one has its critics, but the science seems solid enough that it should serve as a warning that we really do need to rethink priorities—and these probably should not include foisting our technological dependence on others.

Finally, I want to recommend a book: Alan Weisman’s The World Without Us, the most imaginative thought experiment to arrive since Orwell’s 1984 or Huxley’s Brave New World. Sometimes, when I’m feeling especially cranky, I like to think that the best thing that could happen to this planet would be for us just to leave. Weisman imagines what would happen if we were to disappear, suddenly, and he goes on to explore piles of evidence about how things would change, and how long it would take. It’s a riveting read, and a compelling reminder that we’ve spent most of the time since we left Africa (and a considerable amount of time before that) altering our environment willy nilly, seldom taking into consideration anything, or anybody, else. The material on the book’s website is also worth taking a look at, because there are some lovely CG images and some nice interactive features.

It’s perhaps ironic, but probably inevitable, that a book describing in such minute detail how long the effects of our technological juggernaut will last also makes use of high-tech web-based materials to augment the message. I guess it’s not called the “web” for nothing; the metaphor becomes richer the more we connect information, ideas, and everyday events, and our dependence on our technologies grows with every connection we make.

Photo: This was taken in Chaco Canyon, New Mexico, in 2003; it serves as a reminder of the impermanence of human presence--especially in light of Weisman's book--but also that some cultures do not want their "footprint" to be permanent. The ancestral Puebloans who built this place meant for it to fall away when they had gone.