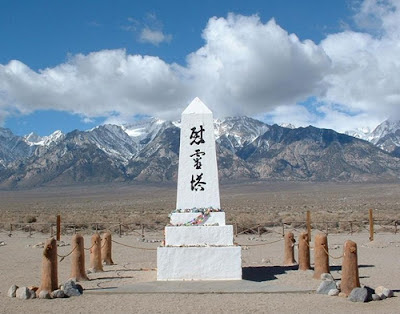 The utopian impulse seems to have occupied human consciousness at least since the Bronze Age, when biblical stories of a perfect world (the Garden of Eden) describe the past before human beings learned how to screw things up (in this case by seeking knowledge). The Greeks also imagined a long-gone golden age, and the idea developed further through the imaginations of Plato (Atlantis) and Francis Bacon (The New Atlantis) and myriad others—including William Morris and yours truly. But there’s another phenomenon that seems to spring from the same yearnings: a kind of short-sightedness about the more recent past that makes us look back at our childhoods or some previous historical moment as—if not actually perfect—better than now. In trying times, this seems to make some sense, and it might actually explain my own interest in utopian ideas. But the idea of utopia seems to elicit both forward- and backward-looking responses. In her 1982 essay “A Non-Euclidian View of California as a Cold Place to Be” Ursula K. Le Guin writes about the utopian impulse as being fundamentally progressive:

I am not proposing a return to the Stone Age. My intent is not reactionary, nor even conservative, but simply subversive. It seems that the utopian imagination is trapped, like capitalism and industrialism and the human population, in a one-way future consisting only of growth (85).

In the same essay, Le Guin mentions that some people actually think of North Texas as a kind of utopia (specifically, Arlington—p. 88; it’s a story told by Prof. Kenneth Roemer, who teaches at UT Arlington), and it’s clearly the case that many American citizens think of the United States itself in utopian terms: the best of all possible worlds, if not still, then in the past. This has got me to thinking about the kind of historical blindness that seems to spring up when things aren’t going well, as they haven’t been in recent years, and ties in with Susan Jacoby's article in the Sunday Dallas Morning News on the rise of anti-intellectualism in the US (“An incredibly incurious America”). It’s also related to an anonymously authored e-mail that’s been circulating (I’ve been sent copies by two people).

I hadn’t really noticed it before, but folks who live in north Texas suburbs actually seem to be pretty happy about doing so. After all, they’ve got nice big houses, clean streets, and shopping close by. Fast food is plentiful, uniform, and predictable, so there aren’t any surprises. Chances are no one’s going to run across anything unique, but hey—that’s why the suburbs are attractive: nothing to upset the equilibrium. Things may be getting a teensy bit unsettling with the spate of foreclosures and rising gas prices, but area ‘burbs aren’t nearly as affected as in the rest of the country, and, well, one can always downsize the Hummer to a standard SUV if gas gets to be uncomfortably expensive. So the notion of Arlington (or Frisco, or the west side of McKinney) as utopia doesn’t seem that far-fetched, if one envisions comfort and placidity as the ideal.

But many older folks (my generation and my parents’) seem to be looking back on an unlikely utopia: the years surrounding World War II, when (as the e-mail puts it), “they had just come out of a vicious depression. The country was steeled by the hardship of that depression but they still believed fervently in this country. They knew that the people had elected their leaders so it was the people’s duty to back those leaders.” Furthermore, “Often there were more casualties in one day in WWI than we have had in the entire Iraq war. But that did not matter. The people stuck with the President because it was their patriotic duty. Americans put aside their differences in WWII and worked together to win that war.”

Today, however, we’re “a cross between Sodom and Gomorra and the land of Oz” and are “subjected to a constant bombardment of pornography, perversion, and pornography” and “have legions of crack heads, dope pushers, and armed gangs roaming our streets.” (One does wonder where the author of this piece actually lives—since it’s clearly not around here!) Then was good; now is bad. As a reminder to those who bought into this message wholesale, I offer this list from Al Devito’s blog, Vineyard News: What a Difference 60 Years Makes.

Now, I’ll admit to giving my students the occasional speech in which I wax nostalgic about my rather rich education, imposed in part by the stern Dominican nuns who must have learned a thing or two from the Inquisition. But I also know that current problems in education are in large measure our own fault—the fault of my generation, for buying into “progress” for its own sake, and for embracing without question the technologies that we blame today for everything from short attention spans to sexual license. The kids, to be sure, whined endlessly, begging for the newest electronic gizmo, but most of us went along with it, upgrading from Atari to Commodore 64 to Xbox to whatever. They learned from this that whining is a winning strategy.

But nostalgia for the war years seems equally misplaced, as does the unquestioning acceptance of “patriotic duty” (the people of Germany, after all, felt it their patriotic duty to follow their elected chancellor and to ignore what the SS was doing to guarantee German sovereignty). Having lived in Japan shortly after that same war ended, I clearly remember weekly air raid drills that scared the bejeezis out of me, and duck-and-cover practice sessions that haunted my dreams for decades. During that same war, we also deprived thousands of American citizens of their rights, simply because of their ethnic origins, and transported them to “relocation” camps like the one outside of my home town—Manzanar—while also depending on many of them to help fight the war for us. We were not perfect then, any more than we are perfect today.

I see no reason to disagree with Susan Jacoby’s fundamental premise that Americans are becoming increasingly ignorant of history and decreasingly curious about anything that will help remedy that ignorance. But we could start by looking back honestly at what has happened, and using the knowledge we gain to help us build paths toward a more viable future. In her essay, Le Guin quotes Howard A. Norman (from his book on Cree folk tales) describing a kind of porcupine philosophy: “He goes backward, looks forward” in order to back safely into a rock crevice. She goes on to interpret this in terms of thinking about what lies ahead for us:

In order to speculate safely on an inhabitable future, perhaps we would do well to find a rock crevice and go backward. In order to find our roots, perhaps we should look for them where roots are usually found . . . With all our self-consciousness, we have very little sense of where we live, where we are right here right now. If we did, we wouldn’t muck it up the way we do (84-85).

We might, in other words, learn to get along—learn to be—by being conscious of where we are and where we’ve been. Ignorance of history is a dangerous indulgence, and lack of curiosity is even more deadly. The human imagination requires both in order to thrive. We owe our kids the inspiration to learn from the past without holding it up as some glorious utopian moment, and we sure as hell have no place moaning helplessly about the present, when our generation helped to create it. Nevertheless, when we vote for a nebulous idea like “change,” we also need to understand exactly what we mean; the only way we can do that is to fully understand what we’re changing from.

Quoted material: Ursula K. Le Guin, “A Non-Euclidian View of California as a Cold Place to Be” in Dancing At the Edge of the World: Thoughts on Words, Women, Places. New York: Harper Perennial, 1989. The link is to the 1997 edition from Grove Books.

You make a very good point, although I'm not too sure I agree with the unknown author of the e-mail that you received. While some good points are made it seems a bit too biased, and only proposes one point of view as opposed to reviewing all the avenues available, making it more of a rant than a journalistic article. While I do agree that "America is at the mall," and is frighteningly oblivious to what is going on in the world, but it also could be credited to the excessive bombardment of current events through mass-media outlets. I admit, I have grown tired of hearing the term, "War on Terror." That by no means is a justification for the continued behavior of our society to remain blissfully unaware. I believe that educating ones self on topics of interest from all angles will produce the best response to a situation. Ignoring a problem doesn't make it go away.

p.s. I apologize for the gramatical errors that appear in the post above.

I hope I didn't give the impression that I agreed with the e-mail--except where you did. But I do understand the impulse to look back at the past as some kind of model for how things should be now. Since I was sent the e-mail by two people I care about, I thought it deserved some kind of a response, especially since it ties in with both the idea of utopia (as both a "good" place and a place not here) and with my concern about the disdain for the life of the mind that seems to be growing in this country. Not only that, but thinking seems, in some folks' eyes, to be tantamount to treason, because it involves questioning--and for some reason, blindly following one's elected leaders isn't the problem it should be. I guess that as long as there are people like you and some of my other students around, things aren't all that bad. And I am beginning to feel a bit more optimistic about the future you guys are helping to build.