This Land is Our Land 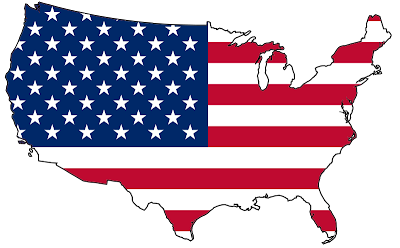 Yesterday morning I voted in a local elementary school. It took about ten minutes, and at the end of my session with the touch-screen machine, I took my little plastic card back to the poll-watcher and stopped by the table that held the "My Vote Counted" stickers. By that time, I was already weepy. I knew it was coming, because I've often wept after voting. It's probably a combination of relief, sentimentality, and memory (I've been interested in the process since I was sixteen), but I always choke up, and I always embarrass myself on the way out of my polling place. This time, however, the lady who hands out stickers said, "Don't worry, Honey. You're not the first one today! It's an emotional process."

And it is. The democratic social contract we've established allows me to participate in the process of choosing who will not only lead our country, but represent it to the rest of the world. During most of the last decade, I have not been a happy camper, because I've seen the image of this country decline around the globe (even as economies have chosen to emulate it to a recently disastrous degree). I've seen leaders and potential leaders who denigrate education and intelligence as being "elitist" and (largely because they don't understand the science) who have dismissed growing scientific evidence that human beings are destroying the planet as being "cynical" (because they don't know what cynicism means) or as doomsaying.

We talk a great deal about equal opportunity, but inequality persists. We talk about justice, but injustice abides. We assert our primacy in world affairs, but we act unilaterally and alienate our allies. Nobody seems to want this to be the case, but we actually do little about any of it. People who start at the bottom have little hope of rising very far, the innocent languish in jails because of inadequacies in the justice system, and our unwillingness to respond to environmental crisis and to participate in global initiatives has made us seem like a nation of rich, spoiled children.

But as a result of the ballots cast yesterday and in the days leading up to the election (thanks to the proliferation of early voting options that helped precincts all over the country deal with an influx of new voters), we are now in a position to re-address these issues and to re-emerge as a model of opportunity, justice, and responsibility.

I don't know what the future holds, or how well Barack Obama will be able to manage the morass of complexity we call "the government." I do know, however, that he has inspired millions of young people to vote and to participate in the process; this is especially promising because it is their future we've been messing about with. I fervently hope that the conciliatory speeches I heard last night--both of which also made me choke up again--will mark a different approach to politics, and signal an effort to rebuild our economy and the world's understanding of who we are.

However one might feel about the outcome, this is an enormously symbolic election. It marks the moment when, after over two hundred years of assertions about equality and opportunity, we have finally reached the point where we are doing what we say we are: a nation of human beings, where arbitrary categories such as race and gender no longer bar citizens from the highest offices in the land. We've finally grown up, just in time to show our kids a better path toward their own future.

Image credit: Flag map by Lokal_Profil, via Wikimedia Commons.
Posted by Owlfarmer at 7:18 AM