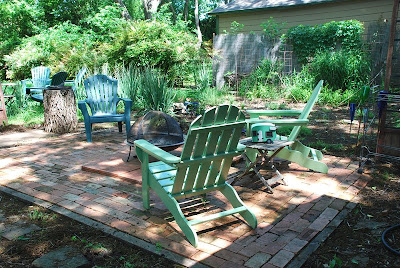 One reason I don't like watching much television is not just because of advertisements, but because an increasingly large number of these ads seem to concern drugs. It seems that every other male (particularly the ones who watch evening news programs and sports events) in the country suffers from "ED." Cholesterol medications even start messing with language (according the the Crestor people, "athero" is an acceptable alternative to "atherosclerosis." Never mind that "athero" by itself only refers to half the equation: the fatty deposits alone, not the hardening thereof). The assumption that people are becoming too stupid or lazy to pronounce the disease properly may not be far off the mark, but should advertisers be pandering to them? An unnerving number of ads refer to sleep inducers or antidepressants, suggesting that things are getting to be just too much for us, to the extent that we're willing (or should be, according to the ads) to put up with all manner of horrific-sounding side effects in order to regain our equanimity.

But all this makes me wonder how much our modern ailments depend on our technologically mediated lives. The human species evolved with much simpler tools that required active participation to manipulate, so I suspect that we weren't particularly fat 100,000 years ago. A certain girth, in fact, probably indicated fertility in women, since we now know that when body fat falls below 10% ovulation and menses can cease. The earliest portable artworks, such as the Woman from Willendorf and the recently discovered ivory carving from Hohle Fels cave in Germany, may well have been fertility talismans (instead of Paleolithic porn as the news wonks seem to prefer. For anyone interested on my take regarding persistent sexism in art interpretation, I'm working on a related post for The Owl of Athena).

Of course, our distant ancestors were always in danger of being offed by some preditor, or by other mishaps, but people didn't settle into habitats without a reliable supply of food sources, so unless climates shifted too quickly, early hunter-gatherers might have well have been lean, and they almost certainly weren't plagued by the scourges of obesity. Women who successfully bear children, however, tend to have large breasts, stomachs, and thighs, so it shouldn't be surprising that evidence of fertility should prove to be an admirable quality. And after a hard day of gathering and felling game, people probably didn't have much trouble getting to sleep--even if they might have been a bit anxious about the size of that mammoth herd down the valley.

I'm not saying that lives in the past were necessarily healthier than those we live now, but it's hard not to come to the conclusion that certain aspects of those lives might indeed have generated fewer of the lifestyle illnesses to which we are now prey. Although genes for high cholesterol and diabetes were undoubtedly floating around, if you don't have the luxury of getting fat from inactivity and indulge in a diet heavy on the Big Macs and soda pop, those genes may not have a chance to kill off the carriers. Other perils may have contributed to shorter life spans (things like new strains of flu and plague, not to mention infections and the like), but these would have been accidents of nature rather than the consequences of excess.

Some of us, because of peculiar combinations of nature and nurture, are doomed to require life-long medication with potentially dangerous drugs in order to live out our artificially lengthened lifespans. I for one am immeasurably grateful to the folks who invented statins and especially to those who discovered that a substance originally used as rat poison could actually help keep people with certain heart conditions manage the clotting rate of their blood. I'm also really glad that human beings are smart enough be able to replace defective body parts or functions with mechanical substitutes. I'm on my second round of not being dead because of advances (not miracles, mind you, because they were invented by brilliant people who know exactly why they work) made in medical science that, if I start behaving more like our distant ancestors, may well extend my life significantly.

The bottom line is that we have choices, and we should be making better ones. No one is forcing us to eat fatty hamburgers or guzzle high-fructose corn syrup or pull carcinogen-laden smoke into our lungs. If we have functioning arms and legs and half a brain, we can get our butts moving, get a lot more exercise, learn to eat more healthfully, and obviate the need for most of the drugs that are causing me to wear out the mute button on my remote control.

Come to think of it, I kind of miss the exercise I used to get from getting up off the couch to turn down the volume. So maybe the real answer is, like the song goes, to blow up the TV. Spend all that time out in the garden, growing our own food, taking care of our own land, calming our own anxieties, relieving our own stress, building useful muscle mass and reducing our body mass indices without the need of pills or the advertising designed to sell them. Who knows. Maybe watching all those birds going at the business of making baby birds might inspire solutions to other problems as well. (The illustration is of the cunning birdhouse my daughter bought me for Mother's Day; it's roughly fashioned after the Shasta Airflyte trailer I dream of securing to use as a guest house in the back of my garden.)

For the record, I spent a couple of hours this morning pulling weeds, transplanting escaped violets, cat mint, and chamomile, sweeping pecan catkins off the patio and onto the compost heap, and admiring the nasturtiums I've finally been able to grow, thanks to all the wet, dank weather. Now, having probably over-reached my capabilities (I'm just six weeks post-op), I'll retire to a lawn chair with a good book and work on the inside of my skull for a while. The day is lovely, and this weather won't last for long, so I'll let nature nurture me while I can.
Posted by Owlfarmer at 9:29 AM

I'm glad you are feeling up to working in the garden.
I was thinking the other day that if we take the salt and fat out of our food we would probably only eat what we needed. But then I realized Hubby would not put up to that solution to our weight.

Thank you for venting about the sorry state of TV advertisements!

I hate having to watch advertisements per se, but even more the fact that they nowadays want to remind me constantly of all the health problems I may or may not encounter. If I ever, rarely, turn on the TV it is because I want to relax, period!

I have a slight (?) suspicion that the use of "athero" instead of "atherosclerosis" is meant to make this horrible disease sound "trendy", even "hip."

I love the birdhouse! Would you mind sharing the secret of its origins? I would love to buy it for a birdwatching friend of mine.

I gave up AM/FM radio because of advertisements. My own hodge-podge of rap/folk/rock/indie/dance, is way better than the crap I have to sit though to hear a song I like anyway. Also, the "airflyte guest house" is a good idea. I've had fantasies of driving cross country with something like that in tow, and living out of it. :D