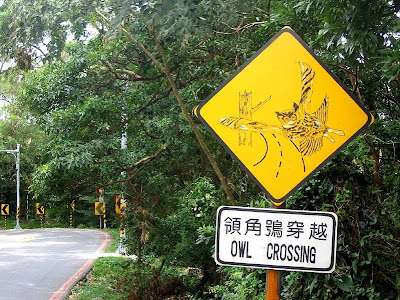 Last Sunday's New York Times feature on the hot springs of Peitou, Taiwan's Steaming Pools of Paradise, sent me into a day-long fit of nostalgia for my childhood. It also sent me to my copy of the 1968 edition of Fodor's Guide to Japan and East Asia. My mother (Barbara Hoard) wrote the section on Taiwan, and I wanted to see what she had to say about Peitou (aka Beitou)--and Yangmingshan (Grass Mountain), where we lived most of the time we were there.

Turns out she didn't say much about the town itself, except that "The capital comes to Peitou to play, in every sense of the word, and some of the bathhouses are actually Suzie Wong style hotels" (p. 538).

Ahem. Suzie Wong, as many my age might remember, was the eponymous heroine of a novel by Richard Mason (The World of Suzie Wong) that takes place in Hong Kong, published in 1957--not long before we set off for Taiwan. It was later made into a film, which I saw at a local theater in Taipei, despite my tender age at the time (1961). Suzie was, of course, a hooker, and the hotel a brothel.

I was then quite innocent concerning the activities that went on in the bathhouses at the hot springs, although clearly my mother was not. But they seem to have cleaned up their act somewhat since, and are now Taipei's answer to a family-friendly water park.

The pictures in the Times article evoked all sorts of longing for the sulfur-laced air of the springs themselves. In every house we occupied on the mountain (three altogether) we had continuously-flowing baths of either mineral water or sulfur water fed from nearby springs. One house, next to a waterfall, was a classic Japanese-style dwelling (left over from the occupation) with tatami mats, a tokonoma, and sliding shoji doors that looked out on a Japanese garden and a view of the sulfur stream that flowed down the mountain and emptied into a small river below the property. There were also two freshwater fish ponds, one in the main garden, and another (in which my rabbit, Harry, used to love to swim) in the L-shaped junction between the living room and the rest of the house.

Since I went to an international school in Taipei (taught by Dominican nuns), I rode in a bus back and forth, and the aroma of sulfur always greeted me on my way home. To this day, I have no problem with what other folks refer to as "rotten egg smell." I actually missed it when we moved back down the mountain into the city for most of the year before I returned to the States. When I visited the mineral springs ("Dirty Sock") near my home town in California for the first time since returning Stateside, I was instantly brought to tears by the smell of the pool.

A few months ago, I spent most of a day on Google Earth trying to locate any of the places in which we had lived, but since the whole area is now part of Yangmingshan National Park, they may not even exist. But it was a great life while it lasted. We had chickens and ducks, I roamed the hills and rice paddies at will, swam in the municipal Yangmingshan pool (with President Chiang's grandsons; we became family friends with their tutor/interpreter), and wandered the mountain trails that led down to the suburb of Tien Mou where most of my classmates lived in what amounted to an American compound.

One of the finest gifts my parents gave me while I was growing up in foreign countries was the experience of living with local people. Only once did we live with Americans, and then only for a short time when I had to enter elementary school in Japan. Before that we had a tiny three-room house in a village next to a classical Japanese dancing school. In exchange for my mother's teaching her English, the dance instructor gave me free lessons--which may well account for my talent with pattern recognition.

The only friend I have left from my childhood is a fellow Dominican School grad who lives on the East Coast and found me by Googling my name a few years ago. We keep in intermittent touch, but haven't yet managed to get our families together. Still, I think it's significant that Taiwan is where I essentially grew up, and the friends I made there are lodged firmly in my memory. All it takes to revive them is a chance article, or the discovery of an old copy of the Fodor's guide.

Or the smell of sulphur.

Image credit: The photo of the sign on a road in Yangmingshan was taken by Allen Timothy Chang and available through Wikimedia Commons. It has, of course, nothing to do with the hot springs, but I found it appropriate nonetheless--and also hilarious.
Posted by Owlfarmer at 9:12 AM