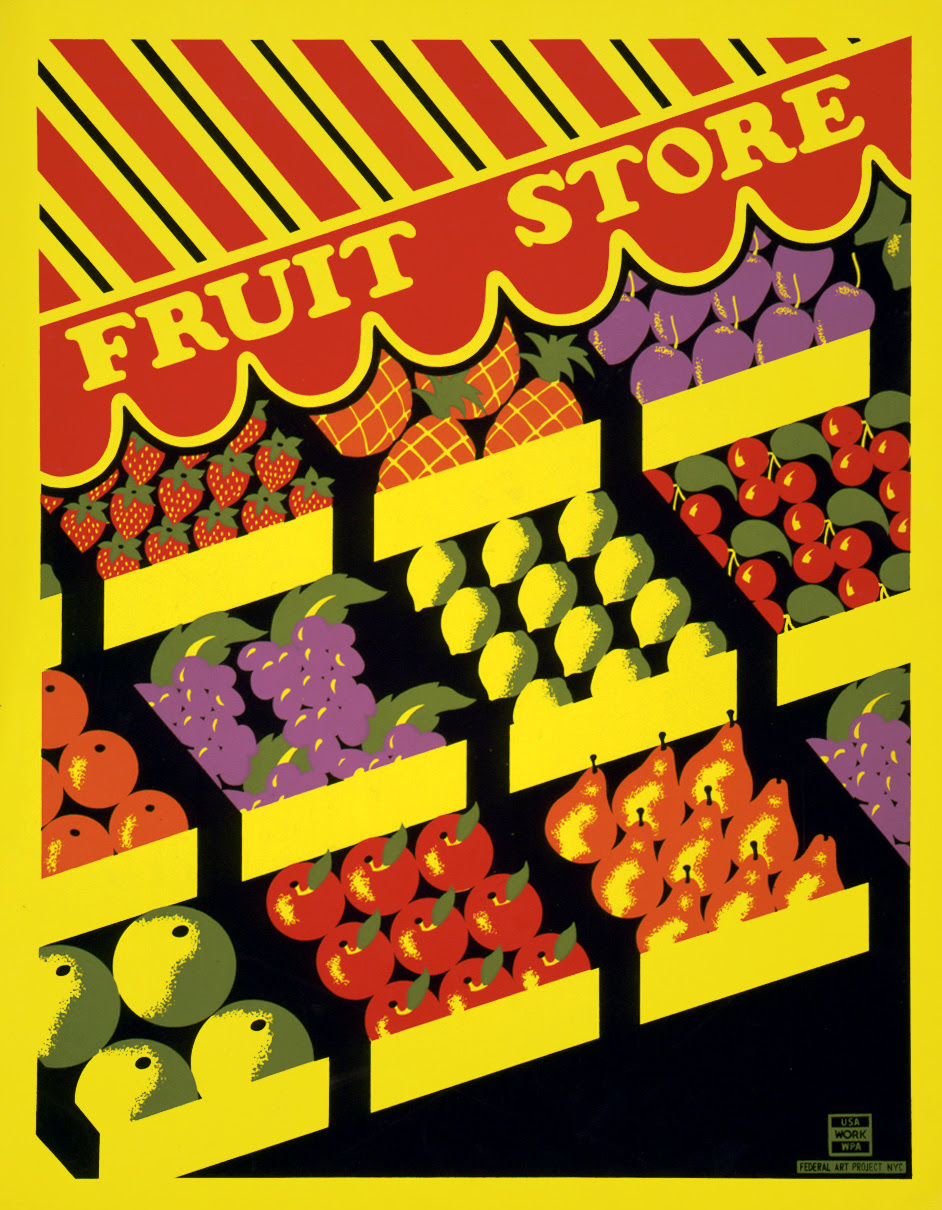 As I mentioned on Thursday, my query about the origins of Labor Day last week elicited no correct answers, which doesn't really surprise me given the general lack of historical knowledge evident among the rising generation. Coincidentally, I showed a video on art between the wars (Robert Hughes's "Streamlines and Bread Lines" from his American Visions series), adding to the number of synchronistic experiences my students and I have been noting this quarter. Students were struck by the similarities between current circumstances and those that produced the WPA--but we were pretty sure that nobody would be willing to do much to put artists to work today. Nor do art and craft as "useful work" (in William Morris's view, the opposite of "useless toil") quite fit into our current political preoccupations.

Several headlines screamed at us this week, scaring the bejeezis out of common folk, but reflecting the realities presented by today's labor market. The "news" that no new jobs were created this month should actually come as no surprise, given the fact that corporations have figured out how to squeeze more hours and more work out of fewer people, and for lesser-skilled jobs have opted to seek labor from beyond our shores from those who will work for pennies.

Why should any of us be shocked by this? Those Americans who have jobs seem to be so afraid of losing them that they will work extra hours at no increased pay. Nobody likes unions any more, it seems, and "collective bargaining" has become code for "socialist policy" (although few actually know anything about what socialism is except what the far-righties tell them), so the over-worked and underpaid will likely not find their lot improving any time soon.

His Holiness, the Governor of Texas (HHGT), who is now running for President, touts his job-creating record in the state, neglecting to mention just how many of these are minimum-wage (of which he disapproves) labor involving fast food and cleaning up other peoples' messes. Yes there are high-wage, high-tech jobs in Texas. But our fair state also boasts a miserable educational record, and had I more time to check into it, I might find that many of those graduating from higher ed institutions consist of foreign students who will be taking their skills back home.

I frequently snort, impolitely, that my students know how to use all manner of techno-gizmos, but none of them know how to fix them. So if something goes wrong, they've got to call "Peggy" in Mumbai for tech support. Should something major happen--like the big EMP I keep promising--there aren't that many people around here who could figure out how to get the grid back up, let alone manufacture the toys to which we have all become addicted and upon which we have all become dependent.

But instead of properly educating our students (to think both creatively and critically) and putting them to work devising ways to fix the country and save the planet, and instead of valuing trades like plumbing and woodworking and home repair, we seem to be training people to be CPAs and tax lawyers whose main job is helping people to get out of paying their share of keeping the country running.

It's worth noting that even though no jobs were created last month, many of the potential job creators were sitting on their corporate earnings (which are in many cases at record levels), presumably "jittery" about the market. The simple equation is this: people need jobs to earn money to pay for stuff, and the stuff is being made elsewhere rather than here where it's consumed. But the companies that make the stuff don't want to have to pay a living wage because it would cut into their profits. Americans, its seems, won't work for crap wages, so I guess it's our fault that so many are unemployed. You hear it all the time: there are jobs out there for anyone who wants one. Yeah. Try supporting a family on 20 grand a year these days.

All this has been said before, and I really don't have the answers because thinking about it makes my brain hurt and raises my blood pressure. Other people, like Paul Krugman and Juliet Schor and Warren Buffett, offer solutions that nobody wants to hear, but might help turn things around. My only suggestion involves figuring out a way to get investors to stop treating the stock market like a casino and start putting money into promising, necessary industries with potential to help rather than harm--like alternative energy, local farming, regional grids, and less destructive forms of transportation. But as long as Wall Street is fueled by fear, rumor, and hedge funds, nothing will change and things can only get worse.

The President is scheduled to reveal his plan to get Americans back to work on Tuesday. I have little hope that it will address many of these issues, and I'm absolutely confident that the far-righties will shoot it down like so many clay pigeons being flung across the skeet range.

Here's to a future in which workers are paid what they're actually worth, rather than what some over-paid CEO thinks they should earn; where we focus more carefully on needs rather than on desires or on what advertisers try to convince us that we absolutely must have; where people live comfortably without reducing the probability that their grandchildren will have to suffer from smog, drought, or other hazards that could be avoided if we change our ways now; where our representatives actually recognize that no state is an island unto itself, and that what we spew into the air or the waterways affects us all; and where people think carefully, evaluating innovations and choices instead of simply adopting the next big thing.

Happy Labor Day--especially for those who remember why this day was set aside in the first place.

Image credit: "Fruit Store," a Works Progress Administration poster created between 1938 and 1941, via Wikimedia Commons. I thought it fitting to use a poster that promoted something I'd love to see more of: fruit stands full of local produce.

Posted by Owlfarmer at 8:50 AM

That was not "preachy" at all Owl!
It was the truth which nobody in Washington seems to want to hear let alone implement. They will talk a good game in their districts back home and promise the moon and stars(well,OK not anymore with no Shuttle!) but not support their words with votes on the floors of the House and Senate or God forbid try to rally their colleagues to a finer way of thinking.
Your WPA comparison turned out to be prophetic with The President's speech last night focusing on rebuilding Highways and Bridges. Many were WPA projects when they were erected and have fallen into disrepair.
Unfortunately it is up to congress to agree on the payment method for all this and they will howl like that they each have a better way with elections so close and choose to fuss instead of act.
"HHGT" almost made me spew my iced coffee! Very Molly Ivans like!
Don't feel too bad we have Gov.Moonbeam back and he is just as dinghy as ever.He is living proof people forget or forgive anything after 35 years!

I always enjoy your rants. You say what I believe but do it much better than I ever could.