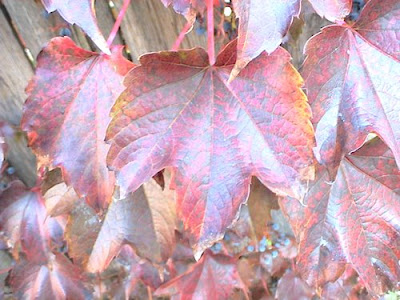 One thing about Cubs fans is that we never really do expect to win. I mean, we can have a great season, with a terrific record, and go on to blow it in the division playoffs, even if we've beaten the opposing team several times during the regular season. Or we get a little further into things and some fan catches the wrong ball and it's all over.

This year would have been a great one for winning the World Series, though: the hundredth anniversary of the last time the Cubs became the champs. 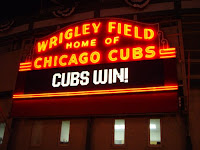 But perhaps not winning is what helps makes Cubs fans who they are, as if a certain post-season sadness were part of our character. After all, we've still got Wrigley Field, and the ivy, and one of the best in-park experiences in baseball. As traditional baseball parks drop off the map, to be replaced by bigger and "better" ones with sky boxes for rich folk, Wrigley remains staunchly American. Everyman's ballpark. You can still mark the seasons by the condition of the ivy on the brick wall.

I miss that ivy. Some of it (from a cutting) grew on a wall behind our flat on Seminary, only a block and a half from the Field. Among my fondest Chicago memories is puttering around in my garden while a game was going on, listening to the announcements and the cheering (or groaning) crowd, and Harry Caray leading the fans in "Take Me Out to the Ball Game" during the seventh inning stretch. But that ivy really is a phenological marker. In the spring, at the beginning of the season, the outfield wall looks really scraggly, before it leafs out. And at the end of the season (which has been, more often than not, the end of the season at Wrigley), the barest hint of color starts to tinge the edges of the leaves. After everybody's gone home for the year, the ivy looks like the photo at the beginning of this post. 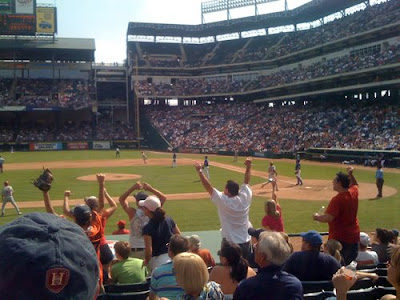 Perhaps the reason why baseball is the only sport I truly love is that it's laced with metaphor, and tied to place. In a World Series without a favorite team, I'll inevitably root for whichever team I've seen play, in a place where I've lived--southern California, Philadelphia, Chicago. Even Texas, if it ever comes to that. For me it's not a real summer without at least one game, and I've learned to live with the Rangers, just as I've more or less learned to live on the prairie. This year we went to the last Sunday home game, against the Angels, who beat the home team soundly. We sat just a few rows behind the visiting dugout, and I even managed to get some decent photos with my iPhone.

When George Carlin died, last June, in the middle of baseball season, the first clip I got online to watch was his hilarious take on the differences between football and baseball. Long after I forget which seven words we can't say on TV, I'll remember this bit.

And now summer has come and gone, and the Cubs are out of contention, and so are the Angels (one of my childhood favorite teams; I graduated from high school near Anaheim), and along with the equinox and yesterday's cold front, fall is making itself official. I won't be as interested as I thought I'd be in the outcome of the World Series this year. But as the playoffs wind down and the contenders are resolved, I'll get into the spirit despite the fact that I really don't care who wins. It's the game that's important, after all, and getting home, safe. And, of course, there's always next year.

Photos: Boston Ivy (Parthenocissus tricuspidata), the species that grows at Wrigley, by John Delano; Cubs Win by L. B. Jacob, both from Wikimedia Commons. Angels fans celebrating a couple of runs on September 22, at the Rangers Ballpark in Arlington, Texas.
Posted by Owlfarmer at 10:02 AM