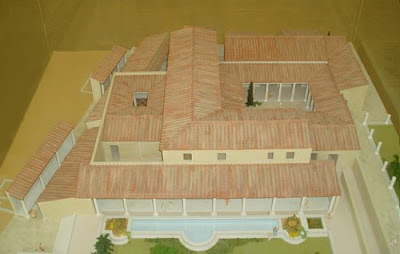 "Sustainability" has become such a buzzword these days that it's equated with the superficiality of "green" programs in sprawling, rapidly growing suburbs in areas only marginally capable of sustaining them at all. Any time people start throwing buzzwords and catchphrases around, they're on their way to becoming cliches, and their meaning in danger of being lost. But many readers of this blog have pointed out that something is better than nothing when it comes to the environment, no matter how little or how insincere, so I've learned to put up with it.

However, recent worldwide economic events have only brought the bare-assed emperor into the sunlight, and most of the band-aid efforts of the last couple of weeks are going to do little to cover him up. They're more like loose patches over an open wound. Only if we manage to keep sustainable living out of the landfill of overused tropes and in the forefront of the discussion of how we might live do we stand a real chance of surviving the present.

As I see it, the underlying problem is that our economy has nothing to do with home--with the understanding and management of the oikos that the Greeks were talking about when they coined the word "economics" in the first place. Of course, the slave-based, male-centered oikos is itself a lousy model for how we should live, but it did amount to a small-scale, hearth-centered, sustainable effort, with little negative effect on the environment.

Coincidentally enough, the term "domestic" arises from the Roman version of the oikos--the domus (the image above is a model of a self-contained Roman household). The term "domestic economy," therefore, is a bit redundant. But "economy" today refers to such a vast, convoluted, confused, and ill-defined entity that it's almost meaningless. The local household is all but obscured in the machinations of the market, even though it's at the center of the mortgage meltdown. And at the heart of the mortgage crisis is the idea of dwelling as commodity: something to be bought and sold, and only peripherally to house the "American Dream" that has since become a parody of itself: Ozzie, Harriet, their children, and their dog in a Little Box on a quiet street in Anytown, USA.

In order to maintain the semblance of dream-achievement, people work for too many hours and pay outrageous prices for ticky-tacky houses with too much floor space in gated communities; they enroll their children in too many activities and let them spend too much time watching television or playing video games. And then when their absurdly complex mortgages balloon into the stratosphere, they lose it all, and the so-called "domestic economy" fails. 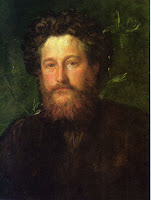 In the nineteenth century, William Morris saw all this coming, and tried to imagine what a need-based economy would look like. News From Nowhere pictures people living small-scale lives where they produce what they need, make it beautiful, and enjoy a richness of community engagement almost unimaginable today. When I wrote More News From Nowhere, I was trying to imagine what we would have to "give up" today in order to achieve Morris's utopian dream. I have no illusions about the possibility of achieving any of what either of us created, and that's why they're both the stuff of hope and imagination rather than of reality.

That's not, however, to say that none it is possible. So I thought I'd include in this post a little list of Good Things To Read that offer me a tiny bit of hope that we might be able to switch paths and, now that capitalism-as-we-know-it is showing its true colors, find a different one, more carefully centered on what human beings really need: food, clothing, shelter, community, and justice.

From New Scientist this week, a special report on How our economy is killing the earth. Some of the articles are free online (premium subscribers have access to them all, or you can pick up the print edition at some US bookstores), including Why politicians dare not limit economic growth.

A recent article from Orion by Chris Carlson talks about Building an anti-economy; there's a lively conversation going on in the accompanying forum as well.

From the May/June issue of Orion Jeffrey Kaplan's exposure of the Gospel of Consumption offers some insights into the nature of work as defined by the current economy--and how things could be lots better.

The more I read Thomas Friedman's analyses of current events, the more I appreciate his perspective. His new book, Hot, Flat, and Crowded made it to the top of the New York Times best seller list with good reason. Friedman's views are clearly articulated, and he actually offers remedies. I don't agree with everything he proposes, but his approach is generally more practical than I tend to be, and his ideas do have a better chance of actually being implemented than mine do. Also, he doesn't need a wormhole to get where he wants to go.

I fully understand the need for practical solutions in a world gone nuts. But without alternatives to the intellectual poverty we're suffering from today, and a good healthy injection of innovative concepts and reflective thinking about how we got where we are and how we can go somewhere else, we'll keep falling into the patterns we've established for ourselves--patterns that are becoming deeper and deeper ruts from which it's getting harder to extract ourselves. Just because something is the case doesn't mean it has to be. If anything at all beneficial has emerged from the current situation it's that people do seem to have recognized the need for radical rethinking on both local and global issues. Replacing greed with need seems to be a good place to start.

Images: Model of a Roman domus at the archaeological site in Vaison-la-Romaine, France. Photo by Ohto Kokko. Portrait of William Morris by George Frederick Watts. Both courtesy Wikimedia Commons.
Posted by Owlfarmer at 8:34 AM

Owl - I agree with your thesis, however it will take a paradigm shift to effect the necessary changes. Right now, individuals are encouraged to take band-aid solutions to staunch the wounds, without the necessary and difficult thoughts to look at the causes of those wounds and effecting a massive revolution to alter the course of this runaway vehicle we call the "economy", which really is more an over-arcing philosophy of what constitutes life. No man is an island, no home and hearth is an island - all a part of an interconnected eb of beliefs, actions and impacts. GEM

Of course you're right. But one can hope, I suppose, that the current difficulties will teach us some kind of lesson and that enough anomalies emerge within the current systems to inspire just such a paradigm shift. I'm not at all sanguine about the possibilities, but I do hope that when our children discover that having huge numbers of toys in a reeking environment is not a good trade-off, that they'll still have time to do something about it.

I've been looking into sustainability and design more lately. I think it makes sense. I'm not one to believe easily, especially when unprovable numbers are thrown around, however I think William McDonough has a good perspective on things. He isn't going crazy, but he is trying to do good, through design. I appreciate his approach.