Skywatch Friday: Of Books and Time 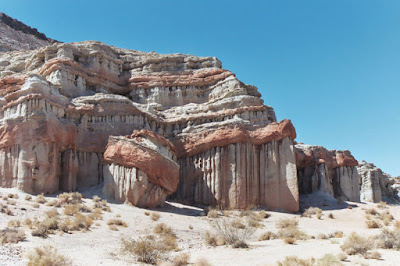 I've been trying to reduce my book-buying of late, in part because we're running out of wall space for more book shelves, and in part because of the tree issue. I'm fine with recycling books, but buying new ones reminds me of how many monoculture forests are being grown to provide pulp. Then I heard that downloading books onto an electronic device (Kindle, Nook, iPad) would actually lessen one's footprint if one were the sort who buys more than a hundred books per year.

I've been know to buy twice that (usually in those years that include at least one trip out to Booked Up in Archer City, where Larry McMurtry houses thousands of antiquarian books in four warehouses around the town square), so having already succumbed to the lure of the iPad I now have a better use for it even than keeping track of balls and strikes during a Rangers game, or keeping an eye on the weather. There are now fifty five books on my iBooks shelf, most of them downloaded for free thanks to Apple's partnership with the Gutenberg Project. Lots of these are duplicates of titles the Beloved Spouse and I already own (in case we're out camping and a sudden urge to read Nietzsche's Birth of Tragedy in German comes upon him, or I feel the immediate need to consult a nineteenth-century cookery book). The Free Books app from the iTunes store brought me portable editions (as if the paperbacks weren't already portable) of Morris's News From Nowhere and Wells's In the Days of the Comet, and a dozen others.

Fittingly, I think, my first actual purchase was Bill McKibben's newest book, Eaarth; the second was Juliet Schor's Plenitude: The New Economics of True Wealth. In concert with an actual physical copy of Sharon Astyk's Depletion and Abundance: Life on the New Home Front, I'm now equipped with enough blog fodder to last for the next couple of months. Be forewarned.

Since I need to get back to grading, I have to quit for now, but the Skywatch Friday entry for this week appears above. It was inspired by Schor's idea that a different concept of wealth would include time to do the things one loves. I can't help but think of this photo, of Red Rock Canyon along highway 395 in California, taken more than five years ago, as a potent and poignant reminder that I haven't been home since it was shot. I would be quite happy to exchange the almost other-worldly dry heat of the California desert and its searingly blue sky for the frequently oppressive, moisture-saturated heat of north Texas. But that, too, will have to wait for later.
Posted by Owlfarmer at 12:17 PM

I have never seen a rock formation like that!! It is so intriguing!! Re your comment about buying fewer books - I use the library a lot. I simply request the books I want, and I get them sooner or later. Later, in the case of the really popular ones!

I actually do use the school library fairly frequently. But the need to comment in the margins, etc., usually necessitates the buying of books I want to read and reread.

I love Red Rock Canyon! What lovely memories this brought! Marvelous capture! I use the library primarily and have pretty much stopped buying books except for the occasional paper back. Hasn't been easy!! Have a great weekend!

That's an interesting rock formation under such a blue sky.

Beautiful rock formations. The recycling of papers has become a necessity today.

I knew where that was right away! Many drives up 395 later I always find something new to see!

I have the same sort of book issues, I joined a exchange for books/CDs/DVDs at swaptree.com , just postage and exchanging. Very rewarding to save on ones carbon footprint and a few dollars at one time!

We are in Corona,CA and had to drive out to Palm Desert yesterday,dry and hot is an understatement, but thanks for reminding me that I also hate humid suffocating weather as well.
Check my Skywatch for some nice local Jacaranda trees!

What a glorious sight! Those beautiful rocks, as old as time, really make this puny human feel her place in the grand scheme of things.
After reading this post I then read on into older posts. Our garden is far from pristine and would be a 'proper' gardener's idea of hell but we like our roses and lilies and honeysuckle to grow alongside swathes of herb robert, buttercups and nettles. It was reassuring to find that we are not alone in our attitude.
I hope the grading doesn't prove too trying - it's hard working in the heat.

On the subject of books, I have tried reading on the computer, it just does not satisfy like a hand held printed book . . . the feel, the smell, the finger between the pages. Carrying it with you wherever you go and sneaking a page or two to keep the flow of the story going, that is a joy.

I have to agree, Arija. There will be many, many books that I'll choose not to download. But the space issue is a serious one, and I really can't give up many of the books I already have, so the e-book option helps a bit. I'm rather infamous among my students for talking about how books feel and smell--so I'm glad I'm not the only one. And there's always a paperback stuffed in a pocket for sneaking book moments during the day.

Beautiful rocks! I understand your problem of having too many books! I think my books are holding up my house. :)

I know that formation well and I believe it is still there. Many, however, crumbled about five years ago. I'm not sure if it was the heavy rain that year or an earthquake or perhaps a combination.