How to Make a Revolution 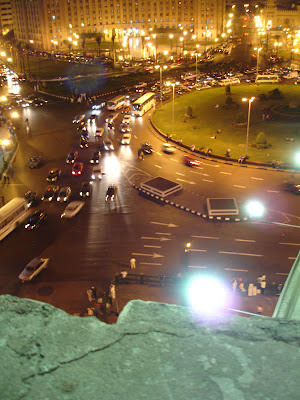 I know it's way too early to be completely rejoicing about today's events in Egypt, but I'm finding it difficult to keep my enthusiasm down. The unrest in Cairo during the last couple of weeks has presented opportunities for both optimism and disappointment, and has carried with it an undercurrent of fear that things could go terribly wrong. It looks now as if the optimists have prevailed-- along with the demonstrators--and that Egypt is on its way toward constructing its first truly democratic government ever.

The best assessment I've seen of Hosni Mubarak's situation and Egypt's response appeared yesterday Thomas Friedman's column for the New York Times, "Out of Touch, Out of Time." I was especially moved by his account of the group of students and other demonstrators who were cleaning up around Tahrir Square, and the sense of real ownership expressed by the participants. People who are ready to clean up the inevitable detritus that accumulates around large crowds, regardless of whether or not they're personally responsible for the mess, are ready to take on the hard work of governing themselves. They're making it clear in this single gesture that they're not looking for somebody else to do the dirty work.

Comparisons with the fall of the Berlin Wall in November of 1989 are inevitable. People had been showing all over Eastern Europe at the time that they were tired of autocrats, dictators, and statism, and by November 9 the wall began to tumble down--having stood since 1961 as an emblem of oppression. 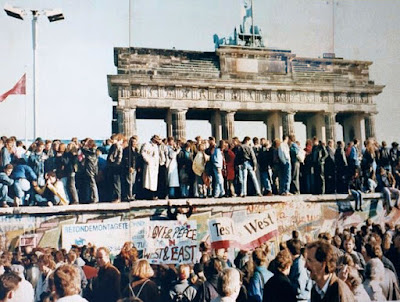 When the photos and film footage of the crowds happily hammering away at the structure began to fill the world's newspapers and television screens, I yanked my children out of their rooms to watch. I blubbered like a fool as strains of Beethoven's "Ode to Joy" chorale began to serve as a sound track for the demonstrating and dancing that went on around and atop the wall.

Watching ululating women, grinning children, and ecstatic students and young professionals in Tahrir Square today has engendered a similar tearful response--and an e-mail to my kids to pay attention, to which they quickly responded and assured me that they were.

My students don't seem to have been all that aware of this week's events. They tend to focus on their own lives, and that's understandable during midterm week. But I hope that at least a few will take note of this moment. Egypt has made its own revolution, and will probably undergo some rough moments in the weeks and months to come. But I'm becoming much less jaded about the impact of social networks and digital technologies as they become instruments of positive change, and rather more hopeful about the possibility of eventual peace in the region.

Image credits: The opening shot was taken by "Crashsystems," and the Berlin Wall Photo by an unknown photographer; both from Wikimedia Commons.
Posted by Owlfarmer at 1:07 PM