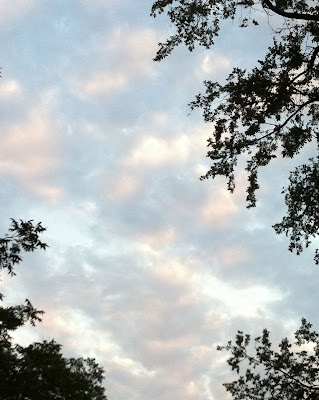 It's hard for a space junkie like me to look at the sky these days. As I watched the last liftoff of Atlantis last week, I already missed the space program. At the moment, we really don't have anything to replace it, and it's occupied a considerable portion of my adult life.

Ever since, at an Angels game in Anaheim in 1969, I watched the cheesy animated graphics on the scoreboard that mimicked the first moon landing, I've been a devoted fan. I've had a NASA TV gadget on my desktop since I got this computer. The first apps I bought for my iPhone and iPad were NASA and/or space related. The newest app I have for the iPad (after the Star Trek PADD, which is seriously cool if not yet perfect) is a catalogue of exoplanets. I can't get enough of this stuff.

I can remember where I was and what I was doing when the two shuttle disasters took place, and when Columbia broke up over the Dallas area, my son immediately called me from Seattle because he knew I'd be inconsolable. I always regretted the fact that I'd been socialized out of science and maths as a child (girls weren't considered capable of either in my day, and I didn't yet know I could buck the system), because I think I'd probably have tried out for the astronaut corps otherwise.

And now, perhaps only for the time being, it's gone. Unlike many of my fellow citizens, however, I'm not going to rail against the President or anybody else for cancelling the show. Our holy governor is screaming about the jobs lost in Houston, while he hacks away at education and rails against clean air. Space programs cost money, and we don't really have it to spend these days, and nobody seems willing to pay the taxes it would take to keep it going, so that's that.

I will probably send letters shortly to our representatives, asking them to please raise my taxes, but I doubt that anybody else will. It's an empty gesture, I know, but I do realize that a country of damn near 300,000,000 people takes a lot of money to run and we all have to pay a share of that. You can't want to be the Greatest Country in the World if you're not willing to fund the programs that keep people safe, make sure their air is breathable, their water potable, their poor and sick taken care of. And you can't have leaders in science, engineering, or the arts if you aren't willing to build and support a superb education system with teachers paid in accordance with their responsibility to train the children who will one day have to run this country.

I'm glad the ISS is still up there, and I'm grateful to the Russians for maintaining a system to get the astronauts up to it. But I'm going to miss the launches, and the cute group pictures of folks floating around and smiling at the camera, and the glorious shots of spacewalks. And I'm certainly going to miss the boost to kids' imaginations that the space program has fostered over the last forty years.

Image notes: Taken with the iPhone 4 Camera+ app on one of the last cool mornings with clouds we've seen this summer.
Posted by Owlfarmer at 7:18 AM

I'm actually kind of surprised at how sad this all makes me. I've never seen a launch other than on TV, but I think the space shuttle program has occupied a huge portion of my entire life. Heck, I was in 5th or 6th grade when the Challenger disaster happened. I only vaguely remember that there was a time before shuttles.

I'm glad about the ISS still being there as well, but I don't have the same sense of attachment to it. I suppose if they'd actually named the one pod Serenity, I would. Bastards. :)

Anyway, that's all I've got this morning. I hope you and OwlSpouse are well.

Dear Owlfarmer, if your government would just rein back on the absolutely unbelievable amounts of money it spends on the US military, you'd have enough cash for schools, environmental programmes AND the space shuttle all at once! Thanks for an always thoughtful and often moving blog.

Hi Owl, I remember being in fifth grade when Skylab fell but I really didn't know what that was all about at the time. I remember watching the Spaceshuttle Challenger accident live on TV in HS art class my junior year & being totally blown away because it had seemed like so many other launches I had seen in the past. And when a similar tragedy happened years later with the Columbia accident, I remember being at the downtown library with a cousin researching & talking about what had happened while waiting for my husband to get off work. I hope at some future time, the space program can be rebooted as there will always be new challenges to meet.