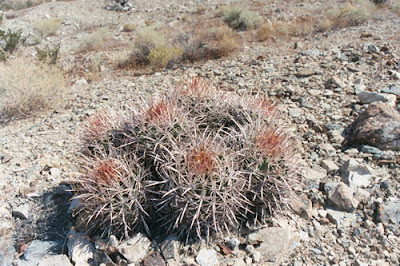 Three years ago, American desert writer Ellen Meloy died at home in Bluff, Utah. She was only 58. By the time I “met” Meloy, when I happened on a copy of The Anthropology of Turquoise at the local Half Price Books, she had already been dead several months. But her impact on my understanding of the world—especially the world of the west where we were both born—has been considerable.

Small coincidences drew me to her work; we were both born in California, at opposite ends of the aqueduct that deposited Owens Valley water into the San Fernando Valley. We were about the same age, and both solstice children (she summer; I winter). But most of all we were both desert rats. Drawn to the stark drama of the landscape, we both felt out of place elsewhere. I still do, of course, here in exile on what’s left of the prairie. But Meloy was the best interpreter of the desert I’d come across since Edward Abbey and Joseph Wood Krutch, and although I’ve read only two of her books (Turquoise, and the last book—published posthumously—Eating Stone) I have thought of her every year since, near the anniversary of her death. I’m saving her other two books, Last Cheater’s Waltz and Raven’s Exile for when I retire and can savor them without distractions. Preferably I’ll take them to Independence, California, and hole up in the Winnedumah Hotel for a couple of weeks to read them on the front porch, or up on the road to Onion Valley.

Every self-respecting, budding environmentalist (including, I think, Meloy) read Edward Abbey in the seventies. Of course, I didn’t really become a budding environmentalist until I moved to Long Island, and spent a few years raising a son in the Pine Barrens, taking courses in regional geology at Stony Brook, and later moving to Texas where I spent an inordinate amount of time trying to learn to love the prairie. Any time I made a trip west, however, I’d bone up on the desert and hoard books like Roadside Geology of Arizona and John MacPhee’s Basin and Range in preparation. So it was that I finally came upon Abbey late, when I read Desert Solitaire in anticipation of a trip home. And thus began my political awakening.

Abbey was only two years older than I am when he died in 1989. Someday I hope to come upon the stone that’s said to mark his grave, out in the Arizona desert somewhere. Before he and Joseph Krutch died, though, the former interviewed the latter, and published it in the collection, One Life At A Time, Please in 1988.

Joseph Wood Krutch, about whom I had once planned to write a master’s thesis, was born on November 25th, 1893. He became a kind of public intellectual who began by writing significant books like The Modern Temper (1929) and then fell in love with the natural world. By the time he died in 1970, he had written books like The Desert Year (1951), The Voice of the Desert (1954), a “biography” of the Grand Canyon (1957), and one of my favorite books, The Gardner’s World, a compendium of garden writing from Homer to modernity. One of the very first bits of nature writing I ever encountered was “The Day of the Peepers” (1949), which was recommended to me in the early seventies by my boss, Daniel J. O’Kane, who was then acting Dean of the Graduate School of Arts and Sciences at Penn. O’Kane is a microbiologist by trade, and had already introduced me to the Pine Barrens in New Jersey—thus fostering an interest that blossomed later when I moved to Long Island and could explore them at will.

One more recommendation: Mary Austin. I once came upon a real estate ad offering for sale the house where Austin lived in Independence, and fantasized about buying it. There’s a honking great huge historical marker outside it now, and it’s sort of possible still to imagine how it looked when she was writing Land of Little Rain (1903)—a book my grandmother nudged in my direction the minute I showed the slightest interest in such things. Austin had married in Bakersfield and moved to Independence, but after the Valley lost the “water wars” to Los Angeles, she moved back over the mountains to Carmel. In the meantime, however, she had written the first and one of the most evocative accounts of the desert and the valley that my family had then only just begun to inhabit.

There are other such writers, of course, and I’ll consider them another time. But for the moment, I’m remembering Ellen Meloy, and others of her ilk who have enriched my reading life immeasurably, and who have significantly deepened my affection for the land of little rain. While I was looking through the books mentioned above, I noticed that my copy of Krutch's The Voice of the Desert was one I had sent my father in 1992, as a Father's Day gift, and in which he had made a number of notations. On the last page he had highlighted the following passage, and I think it makes a fitting end to this post:

Of all answers to the question, "What is a desert good for?" "Contemplation" is perhaps the best.

Dear Owl - This great post gives me more books to order up from the library for winter reading. I did receive a copy of "Land of Little Rain", Mary Austin from a friend prior to visiting the desert in Utah, Arizona and California about 15 years ago, with my husband who loves the water but supports my obsession with the fierce desert landscape. I lent my copy of TLOLR to a young friend about to visit the Southwest, and she has sequestered it in her vast collection of books. As she is a writer, who was nominated last year for the Governor General's Poetry Award, I understand her love of this priceless book - it has a good home and she values the character and beauty of this writing.
I do agree, the desert is a marvellous place for contemplation. In this place where life struggles to persist against daunting odds, the importance of natural cycles and character of the land that supports us is thrown into stark relief, excess is excised and the nouances of simplicity exemplified. GEM

GEM: Your friend might be interested in the Ellen Meloy Foundation's annual award for desert writing. And for your husband, try Meloy's "Raven's Exile," which I believe is about her time on desert rivers with her husband (it's one I haven't read, but it's been recommended).

It's really lovely to hear from a fellow lover of the "dry expanse."

Dear OWL,
Thank you for this wonderful post. I'm glad to discover your blog. I, too, love Mary Austin (her autobiography Earth Horizon is weird and fascinating, written in third person). Her line "None other than this long, brown land lays such a hold on the affections" plays through my mind whenever I emerge from the Sierra on the East side one more time and look out at the hills beyond Mono Lake.

I, too, discovered Ellen Meloy a couple of years after her death. I had to mourn her once I had read and pored over and written a review of Eating Stone because I felt she had become my mentor.

I'm glad you're pushing me to reading Joseph Wood Krutch, something I've been meaning to do for a while. Have you read Craig Childs' book The Secret Knowledge of Water? Childs is more of a mystic and a scientist then Abbey though he lacks the humor and swashbuckling style. I'm curious what you would think of him. Charles Bowden is another desert writer I have ambitions to read.

Anna; I appreciate the comments and the recommendations. I'm always on the lookout for new nature writers, especially those who focus on the desert. I'm pretty much a hard-nosed scientist by training and am drawn to those who can combine good science with a poetic understanding of the natural world. I look forward to reading your blog as well.