Things We Have Lost 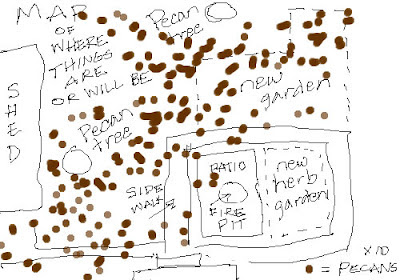 The last two weeks of my Visual Anthropology class have been fraught with lessons about the costs of modernity. And David Brooks’s recent op-ed piece in the Times, “The Outsourced Brain” (reprinted in today’s Dallas Morning News) points to the same problem: technology is quickly taking the place of natural abilities human beings developed over long periods to adapt to their environments.

I’m rather gratified that after watching two of John Marshall’s early films about the !Kung bushfolk in what is now Namibia (The Hunters, from 1958, and N!ai, The Story of a !Kung Woman from 1978), my students were suitably outraged by the effects of imperialism on the lives and traditions of these people who had lived relatively well for thousands of years in the Kalahari. Studies of the !Kung and related groups are standard fare of introductory anthropology courses, because they represent the possibilities of simpler, vanishing lifeways. Criticism of Marshall’s work abounds, but his record, especially in The Hunters, of his subjects’ hunting skills provides invaluable information about the ability of human beings to use cognitive skills—such as dead reckoning—that are all but lost to us now. In N!ai, Marshall shows us how women use their understanding of their physical world to gather fruits, roots, nuts, and plants that had provided a living diet for their band, which was supplemented by the occasional meat the men supplied. I don’t think that it’s fair to accuse Marshall—as some have—of romanticizing these people, because N!ai herself tells most of the story, and the segment of the film from the seventies is almost gruesome in its depiction of the changes wrought by the coming of the White Man (caps on purpose) and the imposition of a completely alien economy—if it can be called that. Both food-gathering and tracking knowledge among the aboriginal societies of the Kalahari will undoubtedly be lost within a generation.

But these losses are not being suffered just by the indigenous peoples of the world; what few skills remain among the descendants of Europeans in North America are even more rapidly disappearing, and not because anybody’s imposing anything on us. We are choosing, daily, to embrace technologies that, as Brooks notes, have begun to replace various of our cognitive skills: “the magic of the information age” he admits, “is that it allows us to know less.” In his case, the particular technology in question is his Global Positioning System. Whereas the the !Kung hunters of the Kalahari could find their way back from anywhere through their ability to read the landscape, we can now find our way back from anywhere by using a pricey little device with a soothing female “slightly Anglophilic” voice. And I’m pretty sure his wife never has to tell him to pull into a service station to ask directions any more.

We haven’t needed food-locating skills for some time—ever since the dawn of agriculture. Now food-distribution sources are available on practically every street corner, and food comes to us from far and wide. Some of us are, of course, beginning to recognize that the “far and wide” component is adding exponentially to the problem of carbon footprints and global warming, as well as the destruction of indigenous lifeways. Slowly, awareness seems to be growing that the way food is obtained, and what it costs in human terms, is as important as having enough to eat in the first place. We discussed in class last night the fact that even though !Nai’s family has regular access to “mealie meal” (a staple made from a variety of corn), the people see themselves, or at least they did in 1978, as “starving.” Human beings do not, it seems, live by bread alone.

Interestingly enough, the latest issue of Orion Magazine, which just arrived this week, contains two related articles. One, “Don Berto’s Garden,” is about tree gardens in Belize, where Don Berto raises native plants and where the author (David Campbell) and his students go to learn about their uses. This single article offers me more hope than anything I’ve read in recent times that the effects of imperialism might not be permanent. The second is about re-discovering a native North American wild food, “Stalking the Wild Ground Nut,” and seems hopeful about increasing awareness of the value of the most local of food—what grows nearby, naturally.

Suddenly the Accidental Garden is taking on new meaning. The idea of a tree garden is intriguing enough, but the notion of turning a quarter of my small corner of north Texas into a native food plant refuge is even more suggestive. Of course, if I were to manage it properly, the Chinaberry would have to go (not native, though lovely)—unless I could figure out some use for it other than for making grackles drunk. I’m heartened by the fact that I can identify most of the plant species growing there now, and can decide what to keep or remove on the basis of its usefulness (as food, medicine, dyestuff, etc.). I can also put in some new things without feeling guilty—choosing native plants that can work with the hackberries and box elders and the bur oak in some kind of permacultural relationship. Yet another experiment to try.

At least I don't need a GPS system to get around my garden. And now, thanks to my silly map, neither do you (although the Accidental Garden doesn't show on the map). First try with the Wacom--just having fun, folks. I'll get better, I promise. Besides, its supposed to be a cartoon.

I found your blog via the comment you left on my good friend Jodi's (bloomingwriter) blog. Your pecan trees must be incredibly productive ... I saw them on the map. Right now, I wish I lived in Texas rather than in Saskatchewan, if only for some warm weather and sunshine.

This was a thoughtful post - we are so quick to embrace new technology without thinking of the consequences. Skills like home canning have fallen by the wayside as we've taken to popping into the supermarket for all our canned goods.

I'd better stop for now ... it's almost bedtime!