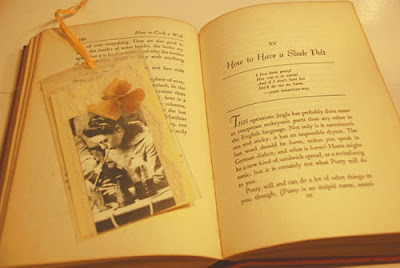 It recently occurred to me that “frugality” might offer a nice substitute for the over-used and ill-understood notion of “simplicity.” People who talk about “simple living” these days don’t really mean it the way I do (simplifying life by making quicker dinners and spending less time cleaning house seems to miss the point), but maybe what I’m really talking about is being frugal: not wasting stuff, cutting down on excess, using time carefully, saving resources.

I stole the title for this post from Warren Johnson’s 1978 paean to decentralization and the inefficiency of the adaptive process. I’m sure that many of my ideas about utopia come from reading this book and others like it when I was coming of age and needed something to do while I was nursing babies. The only problem is that it may be a bit late now, thirty years later (with things going worse than many of us ever imagined back then), to rely on muddling—as a species, at least. But I think that ultimately most of my ideas about frugality as a laudable approach to life were gleaned from sources like my grandmother (whose father, as I’ve mentioned in an earlier post, drove a stagecoach) and M. F. K. Fisher—whose book How To Cook A Wolf (about surviving the Depression) was the first book I ever read that could be described as a philosophical approach to cooking.

The chapter I remember best is “How to Have a Sleek Pelt,” which considers the ethics of pet ownership in trying times, and allows for fellow-feeling between human beings and animals that’s not circumscribed by notions of human primacy. While feeding animals when people were having a hard time obtaining enough for themselves to eat might have seemed sentimental (or even problematic) at the time, it simply seems generous to me at this point in history.

My grandmother learned frugality the old-fashioned way—at her own mother’s knee—and she practiced it throughout her life. I find myself thinking of her frequently these days, as I rinse out a plastic sandwich bag or carefully fold lightly-used aluminum foil for later re-use. The standard recycling mantra “reduce, reuse, recycle” seems to have been born among people of my grandmother’s generation, who did so out of necessity rather than choice, and then later did so out of habit. And I’ve survived in meager enough economic circumstances during my own life to appreciate what she taught me, and to make use of her lessons even in times of relative plenty.

Being frugal, of course, is not the same thing as being stingy. Frugality implies a sort of wisdom, knowing where things come from, what they mean, where they end up. If you have a fair idea about the origins of aluminum foil and how long it takes to disintegrate, you’re more likely to be careful about how you use it; plastic is even more pernicious, so a frugal person will avoid using it in the first place, and then make damned sure that it’s re-used and at least recycled. I will admit to a certain amount of smug pleasure when I set out the single blue trash bin (my city’s recycling container), on Fridays when all but one other house on the block puts out one or two of the big green bins whose contents are destined for the landfill. But I’d be a better, more frugal person if I could further reduce the number of times the blue bin goes out per month.

In fact, recycling programs, laudable as they are, are something of a sop; they probably give us a false sense of security about our contribution to planetary destruction, when much more drastic measures are really called for. In truth, individual frugality is almost meaningless when the West is on a consumptive binge that shows few signs of letting up, but which cannot go on forever if we, or any other species on the planet, are survive. Not only that, but we’re teaching the Third World to be just like us, so that whatever frugality they’ve learned from poverty will be subverted by newer, profligate economies.

Out of curiosity, I just googled the word “frugality,” and now I’m sorry I did. It, like “simplicity,” has become what I’ve started calling a “lifestyle buzzword”—a bandwagon flag that promises a more fulfilling life if we save our Christmas cards and reuse them to make more crap. “Frugal living” is now also a synonym for “simple living” with its accompanying emphasis on saving money, and making more time for the family by cooking meals more quickly.

None of this, of course, is necessarily bad. But it is misdirected. What we need to save is the planet, not a few pennies on a loaf of bread so we can spend them on gas. Way too many people on this earth can’t afford to have “lifestyles.” It’s all they can do to stay alive.

A truly frugal approach to meals would involve growing as much of one’s own food as possible, to avoid wasting fossil fuels and other forms of energy. It would entail careful planning instead of “quick and easy” menus, and slow, deliberate, thoughtful cooking that involves the entire family rather than mom’s slapping something together so she has time to sit down with dad and the kids to eat before they rush off to the next planned activity.

A frugal approach to time would also involve deliberation: choosing carefully how one spends one’s time, so that learning, community, and communication take precedence over competition and consumerism. Families could play informal games of soccer rather than join organized teams, and stay home to play music instead of going shopping “for fun.”

I am thankful that I don’t have to prepare my own cats’ food, as Fisher once did; but at least I still know how, because her book owns pride of place on my shelf, and I read it whenever I need to be reminded of how easy—if only temporarily so—our lives are today, compared to what things were like in the decade before I was born. They didn't have "lifestyles" then, either.

Posted by Owlfarmer at 4:02 PM