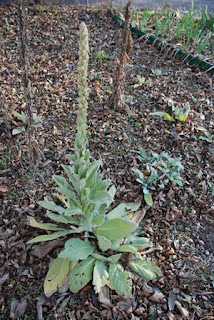 Metaphors are funny critters. You get too friendly with them, and they turn into clichés, but a really clever analogy, model, example, simile, similarity, or other such trope can provide a wealth of connections among disparate aspects of human experience.

Take, for example, the title of this post. It was suggested, as was the general topic, by the arrival of my new “Seeds of Change” garden catalogue. It’s about the only one I get now, because I’m trying so hard to become a gardening purist. But since the phrase itself has become such a cliché—if you don’t believe me, do a Google search—I thought I’d look it up. As something of a classicist, I should have known that it comes from Ovid, in book XV of Metamorphoses (ll. 177-79) , but I was unable to locate the translator who composed these lines:

There’s nothing constant in the world,

All ebb and flow, and every shape that’s born

Bears in its womb the seeds of change.

The closest translation I could find (and I looked through at least six, both prose and poetry) was that of “Shakespeare’s Ovid”—Arthur Golding, whose 1567 translation is similar but doesn’t mention seeds:

In all the world there is not that that standeth at a stay.

Things eb and flow, and every shape is made to pass away.

The lines follow closely (and interestingly, I think) on the heels of Pythagoras’s diatribe against the carnivorous habits of “modern” human beings, and his description of the Golden Age when men feasted only on veggies and were, thus, much more content.

Now, “Seeds of Change,” the organization whose catalogue I await eagerly each winter and dream over until planting time (and whose tasty salad dressings make me feel much less guilty when I’m too lazy to make my own vinaigrette), is more aptly named than any of the films or other enterprises emerging and using the phrase as a tag line or title. The company collects, propagates, and sells seeds of heirloom plant varieties, in hopes of changing the way we grow our produce. It’s not, of course, the only group doing so (Seed Savers comes to mind as well, and even the standard commercial seed-sellers are offering heirloom varieties more and more frequently; and local wildlife/nature organizations often offer native plants for sale).

This, it seems to me, is the direction things should be taking: salvaging and ensuring the survival of non-GM, non-patented seeds for plants that have survived the onslaught of modernity. We should certainly be taking a closer look at those plants whose properties can help save us from ourselves, such as high protein and antioxidant content and other nutritional attributes. As much as possible, we should leave behind the empty calories of the bleached or colorless varieties we’ve been growing that have been “designed” to withstand the effects of too-early harvest and the rigors of long-distance transportation.

As large a section as I can manage of the garden this year will become much less accidental than it has been. I will, of course, maintain the stands of mullein and inkberry that have volunteered in various corners, and rake over some wildflower seeds in spots that show less promise for food-cultivation. But this year’s garden will become purposeful in more than one way. Not only will there be vegetables and fruits planned for consumption and preservation, but they will be much more carefully purchased. Instead of waiting until the last minute and then popping over to Calloways to buy scraggly examples of limited offerings (north Texas suburban gardeners are sadly unimaginative), I’m going to mark my SoC catalogue carefully, order early, and make sure the beds are ready when the plants arrive.

These seeds will provide a symbolic bond, I think, between my garden and the Pythagorean landscape of flow, change, and variety—aspects of being that are painfully scarce these days, in this world of globalization, monotony, and entropy.

Photo: Mullein has volunteered in our garden for the past three years. I transplanted some lambs' ears last summer, to keep it company.

Posted by Owlfarmer at 2:46 PM

Owl - some years ago, when we lived in Burnaby, at the side of our house was a gravel wasteland intended for parking, which we never made use of. One day while browsing at the UBC Botannical Garden I came upon a planting of Mullein and various other plants indigenous to the dry interior of the province. The architectural form of the mullein I found handsome and of fit with its gravelly surroundings. Bought a packet of seeds, took them home and broadcast them in our gravle no-man's land. The next year I had a casual crop of these beauties; they grew in informal manner as in nature. far more beautiful is this than the constricted regimented nature of how we "force" plantings in the suburbs. A neighbour asked why I grew these, which are weeds that volunteer on the gravel strips alongside up-country hard surfaced roadways. I told him they were welcome to make a life where nothing else could. he didn't "get" it.

I know what you mean. Years ago, I had a wildflower garden (well, I thought it was a garden; my neighbors thought it was a weed patch) that I referred to as the "East Plano Suburban Ecology Project." One night a neighbor drove his lawnmower over it because I had mentioned that I'd received a warning from the city.

Now, fortunately, having the "accidental garden" allows me to cultivate my volunteers--and I just noticed that the mullein has leapt across the driveway, to just below my volunteer catalpa tree. The latter has messy pods, but orchid-like, lushly scented flowers, and my grandmother and her mother had grown them. So when mine drifted in, scion of a seed from down the street, I let it be.

In case I haven't mentioned it before, the best "accident" occurred right after we moved in: a basket flower. I had no idea what was growing up next to my wood pile, but the leaves were interesting, so I kept it. It bloomed into a gorgeous purple, thistle-like flower on top of a basket-like base. I think I kept seeds (I'll have to look for them now that I've remembered this). A couple of years later another appeared. I think the rarity of some of these gifts is well worth enjoying, and brings a particular kind of pleasure.