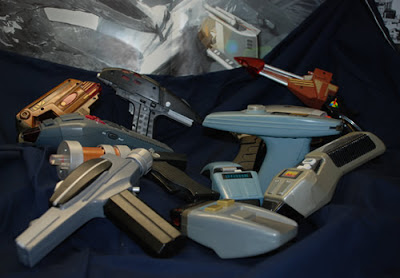 One of the “moments” that led me down philosophical paths in my youth was a course at the State University of New York at Stony Brook, called “Philosophical Perspectives.” I was at the time great with child and looking for something to distract me from the upcoming event. The course prospectus said something about reading Plato and Aristotle, so I signed up. As it turned out, however, the particular perspective being explored that semester was community—in its many forms, as manifested in recent history. No Plato or Aristotle, but we would be reading Martin Buber (among others, including some contemporary thinkers whose names I’ve since forgotten), whose I and Thou I had read at UC Riverside as a sophomore in college. His Paths in Utopia was on the reading list, and the study questions the instructor (whose name I do remember, Pat Hill, now at Evergreen State) posed were thoughtful, and guided the reading carefully toward helping us understand the communitarian impulse that led to the idea of the kibbutz in Israel.

Now, what exactly (you might wonder) does this have to do with silly-ass pictures of Star Trek phasers? Funny you should ask. Several events this week got me to thinking about what binds people together in the modern world. One precipitated the photo I’ve used to introduce the post; the other has to do with family and friends.

A new colleague of mine, who teaches oral communication, is a particularly welcome addition to our little “family” of general studies instructors. We all share very tight quarters (proprietary schools, by nature, are far more interested in profits than they are in making their faculties comfortable), and it’s always nice to have amiable people around, especially those who share one’s interests. So I now have a fellow Star Trek fan (although he’s much more of a fan even than I) to work with, and when he noticed my toy “phaser” on my bookcase, he confessed to having a few of his own. So last week, for grins, we decided to mount an exhibition, and he brought in what turned out to be a collection of just about every version of the “phaser” used on every Star Trek iteration up to Enterprise. We had a considerable amount of fun doing this, and were only a little embarrassed by our obvious geekdom.

But we also had a few conversations about fan conventions, the folks who attend them, and the nature of “fandom” itself. Since I participate in a fan forum associated with the short-lived television series Firefly and the feature film Serenity, it occurred to me that these particular affiliations provide a sort of postmodern community, bringing together people who may have little in common but their particular fandom, but who go on to discover other commonalities and to forge bonds that transcend the original point of contact. “My” forum, for example, hosts a number of sub-forums for people interested in everything from booze to Jane Austen. I belong to one composed of like-minded folk interested in the fate of the world and in civil conversation (not always available on the main forum), and we’ve managed to become a fairly tightly knit little group that cares about one another and what’s going on in each of our lives. We’re scattered all over the world (Britain, Australia, Canada, all over the US), but we’ve grown close enough over the last three or so years that some of us now contact one another outside of the forum, and meet up when the occasion arises.

What really prompted this post, however, was my daughter’s emergency appendectomy Thursday night. A series of unfortunate events (exacerbated by my reluctance to own a cellular telephone) found me sitting in the outpatient surgery waiting room with a group of my daughter’s friends during her operation (modern surgical techniques make it possible to remove an appendix in about an hour, using a laparoscope and only three incisions). Nobody was particularly anxious, and conversation centered primarily on whether to vote for Hillary or Barack in the upcoming Texas primary. While we waited, another friend walked in with a card, and several called one or another of the four people in the waiting room, enquiring about my daughter’s progress. When she was wheeled out of Recovery on the way to her room (to be kept overnight), we all trooped after her and waited in the hallway until she was tucked into bed, and then we all crowded into the little room, surrounding her with an almost palpable wall of affection. The Recovery nurse remarked to her that she had more people in the waiting room for her appendectomy than most people do when they have a baby.

The gang of friends was, in fact, mostly from work (a large homebuilding conglomerate), and the friendships had been forged over a number of years. In addition, she raises funds for the Leukemia Lymphoma society by riding her bicycle long distances (for information on how to support her Tahoe Century ride, go to her Team in Training fund-raising website), and many of her work-mates are affiliated with the same group. These people have supported one another through all manner of celebrations and traumas, and it was exhilarating to realize that such communities can still flourish in this plugged-in, fast-paced, world in which people seem so completely isolated at times that the connections are difficult to see.

But the connections are there. New communities are made up of people who—despite the so-called breakdown of the nuclear family—have forged new families, tied together not by blood, but by genuine affection and friendship, and by their concern for big issues like curing cancer, electing a decent president, and small issues like favorite television shows. It’s not exactly utopia, but after this week I’m slightly more sanguine about the future than I had been.

Not a bad start to a new year.

Posted by Owlfarmer at 8:33 AM