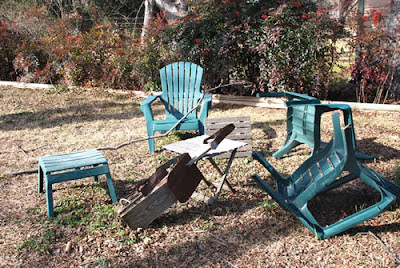 I always seem to find myself living in places where, at times, the wind blows ferociously, as it has been around here this last week.

For example, in the Owens River Valley in California, where I was born, northerlies blow down between the Sierras and the Inyos, stirring up granite dust from the alluvial plains and laying a quarter-inch of residue on every existing interior or exterior horizontal surface by the time they blow themselves out. At the southern end of the valley, Owens Lake used to contribute to LA’s pollution during these winds (it’s their own damned fault—if they hadn’t started syphoning off the water from the river, the lake wouldn’t have dried up in the first place), but the powers that be finally realized that some water let into the lake would solve the problem.

Both Taiwan and Japan, where I spent most of my early life, sit in typhoon territory, and I remember several fierce storms that took place in the sixties. One blew off part of our roof and soaked the ceiling of the living room so that great chunks of it landed on the floor. One flooded Taipei, and only the fact that the house we then lived in had been built by the Japanese during the war and was thus raised on piers a couple of feet off the ground saved us from a good floor-soaking. We never did evacuate (I have no idea where we could have gone), and after we moved out of the city, the aftermaths were always interesting because of the length of time it would take to clean up. Trees fell onto roads, isolating communities for days, and electricity was often off for even longer. We didn’t miss television, because there wasn’t any then, and even telephones were seldom used (ours had a crank, and our number was “Yangmingshan 13”). Eventually everything went back to normal, just in time for the next big blow.

When I lived in Southern California, the Santa Ana winds blew dryly and predictably in the fall, often fanning wildfires the way they did this past year.

Hurricanes produced the major wind-related weather when I lived in the eastern United States. Both Philadelphia and Long Island lay in predictable hurricane pathways. One summer in the early seventies, a tropical depression lay over Philly, making everyone cranky and overheated. We all ran around with fans, wearing as little clothing as we could get away with, because air conditioning was far from ubiquitous then, even in some of the wealthier sections of town. My office at Penn had it, so grad students would wander in to visit and cool off. I remember not getting much work done for several days. I think we’d have been happy for a hurricane by the time the depression moved on—just to stir things up a bit.

Long Island is really just a terminal moraine, which sticks out from the “mainland” like a hurricane trap. I only lived there for a couple of years, but often visited during the summer when hurricanes were always a possibility. I don’t ever remember evacuating then, either, even though the in-laws lived less than half a mile from the water—but that was probably because Blue Point was protected by a barrier beach and a segment of the Pine Barrens. Even so, there was serious window-taping and battening down going on days before a potential hit was even confirmed.

By now I’ve officially spent most of my life on the prairie, and the wind that blows here is often relentless. When my children were growing up, we lived on the only bit of relief in the area, a small hill above a creek. When we had a fence built, I insisted on spaced pickets, even though the prevailing fashion was six- to eight-foot solid “privacy” fences: stockades to keep out the barbarians, I suppose. But I did have the last laugh several times when neighbors’ fences were blown down; those same winds blew right through my pickets. Even they didn’t resist one big storm, though; it moved the back gate open just enough for our twenty one year-old dog to escape. We never did see him again.

During the last week, the prairie winds have been tearing through town, knocking limbs off our pecan trees, toppling outdoor furniture, stirring up brush fires in the few areas that aren’t filled with houses. So I slipped Neil Young’s Prairie Wind album into the car CD, and started thinking about the elemental aspects of wind—and about George Stewart, whose novel, Storm (1941) is still one of the best books I’ve ever read. It’s not only a great read (it’s protagonist is a windstorm) but it begat the naming of hurricanes, and inspired the Lerner and Loewe song (from Paint Your Wagon), “They Call the Wind Maria.”

While googling around on wind and fire as I thought about writing this post, I came across a wonderful article by Jan Null called “Winds of the World” (2000). In the essay, Null notes that winds have frequently been named by the people they affect. I discovered, for example, that what blows down the Owens Valley is a probably a manifestation of winds that can cause a great deal of trouble elsewhere:

“Californians refer to their great katabatic wind as the Mono wind. It originates from the cold air over the Great Basin, particularly in Mono County, that spills out of high mountain valleys at over 9,000 feet and streams down the canyons on the west slopes of the rugged Sierra Nevada. Mono winds have knocked down 100-foot trees and have been clocked at 100 m.p.h. in Yosemite Valley.”

Katabatic winds, Null explains, are downslope, fall winds—such as the Mistral that blew the bejeezis out of Peter Mayle—the experience of which he recounted in A Year in Provence.

The article also contains juicy bits of etymology and local color, such as the fact that the word “monsoon” comes from the Arabic “mausim,” which means “season,” and that a common name for a twisting storm in Australia is a “cock-eyed Bob.” Rather more interesting a moniker, perhaps, than “blue norther,” or even “typhoon” (which simply means “big wind” in Chinese).

In the end, however, I’m not sure that it was such a great idea to give big storms people names—especially since the names themselves seem so random (“Well, we need a K this year, so it’ll be ‘Katrina’”). We should spend more time thinking up impressive names, especially now that the potential exists for more and more destructive storms. If a hurricane is going to go down in history and folklore, and cause major political and cultural upheaval, it would seem to command a more important-sounding name than, say, “Hurricane Tom.”

That said, I would like to mention that today would have been my father’s 87th birthday, and his name was Tom. He also used to fly weather reconnaissance into hurricanes, so maybe it would be fitting, some day, to have one with his name on it.

Photo: What the prairie wind did in my back yard.

Posted by Owlfarmer at 1:02 PM