Skywatch Friday: Blue to Gold and Beyond 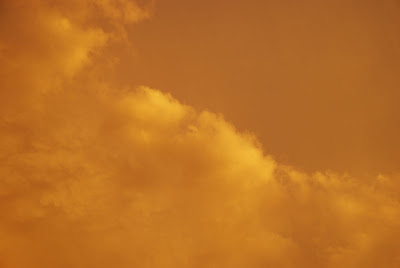 Last Friday, after I'd already posted about the storm situation, I took the shots featured in this Skywatch Friday effort. The best of the sequence (I think) opens the post, and the rest follow.

For those who really love clouds, however, a rather nice coincidence presented itself in my e-mailbox this morning from New Scientist: a gallery of nine highly interesting cloud formations, and two new books about clouds: The Cloud Collector's Handbook by Gavin Pretor-Pinney (London: Sceptre, 2009) and Extraordinary Clouds by Richard Hamblyn (London, David & Charles, 2009); they're both available from Amazon UK--dunno about here in the States.

And then there's the Cloud Appreciation Society, about which I heard during a kerfuffle on the news about a "new" cloud formation caught by someone who apparently hadn't done a lot of cloud-watching. The formation may come to be called altocumulus undulatus asperatus--but it's common enough to have been noticed all over the world, as this cool video from wimp.com shows. Someone pointed out that Jane Wiggins (the photographer who made the news) took her rather lovely photo from the sixth floor of a building--which usually gives one a somewhat different perspective than simply viewing from the ground.

At any rate, here are my entries for the week. No grey skies here!

This is how it all started, with the front beginning to move in: 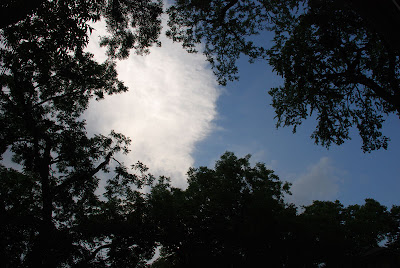 Later in the evening, the colors began to change: 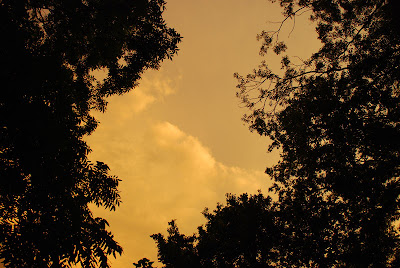 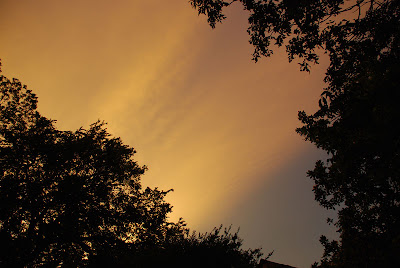 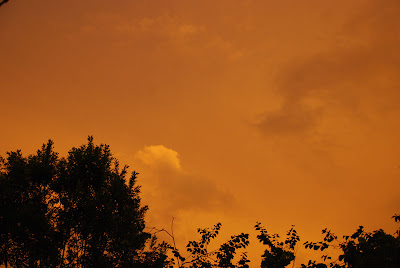 The last shot above was taken at about the same time as the opening photo. And then things were back to normal--the final image is not unlike others I see regularly: 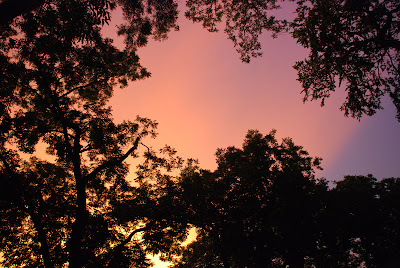 The weather settled down after all this, and we escaped another night of drama. It's almost a relief to be settling into hot, dry, meteorologically "boring" days. Have a great weekend, Folks, and be sure to check out the rest of the Skywatch entries.

All photographs taken with a Nikon D80 on landscape autofocus.
Posted by Owlfarmer at 7:36 AM

The first shot is amazing. The last few are also spectacular.

As ever, an extraordinary sequence. (I've just got rid of 'Clouds' running through my mind and managed to avoid 'I'm a lumberjack and I don't care . . . )
Stunning skies in your corner of the world with all the inherent dangers . . . Still hoping here to capture an electric storm!

nice one for skywatch!!! Mine's up too hope you can drop by... Happy weekend!

Such interesting and warm colors. The sky is truly amazing.

Stunning captures! The changes in the sky, the changing colors! Magnificent!

WOW...those are some incredible shots..

Your photos are amazing Mrs. Uhlmeyer!!