Skywatch Friday: Clouds Got In My Way 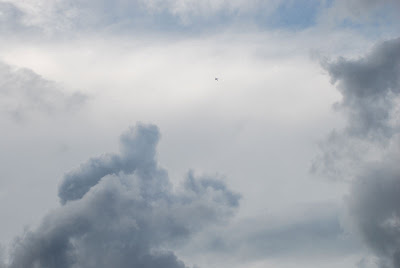 This is more or less a continuation of last week's ruminations on Texas weather. On Wednesday I took the D80 to school with me and parked on the top floor of the garage in hopes of getting some good weather shots. The clouds were building up all over, but at 10 am there wasn't anything spectacular (and the smog dulled every view anyway), so I waited until I left at about 3:30. By then things were starting to happen in Dallas, and off in the distance I could see rain falling south of the city. My view of downtown was blocked by adjacent buildings, however, so I concentrated on what was going on to the east and just above me. Nothing amazing, mind you, but interesting to someone who can't get enough clouds.

All the while Judy Collin's cover of Joni Mitchell's "Both Sides Now" was going through my head, and the post title was inevitable.

The sequence below just shows what I caught--along with a tiny speck of a jet in the photo that opens the post. Directly above me, there were still patches of blue, but the darker clouds moved in pretty fast. By the time I got home, thirty miles to the north, any threat of storms was gone, and I forgot about the camera because the Rangers were playing the Yankees. 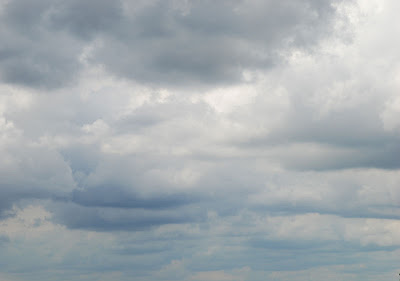 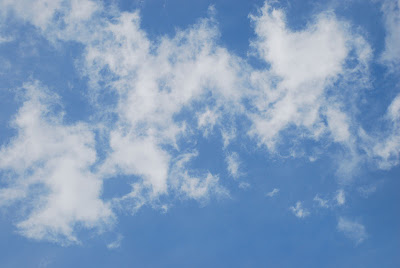 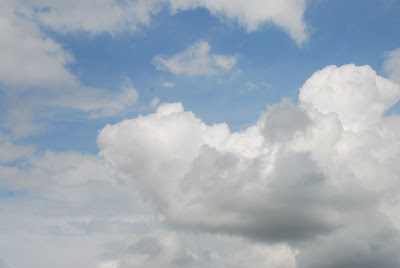 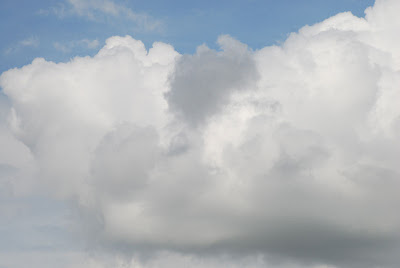 For the last two days, the sky's been absent any of the fluffy things. No "feather canyons" or "ice cream castles." Just a faint wisp of cirrus fibratus, interrupted by a contrail. June marks the beginning of the end for north Texas: the humidity's going up, and there will be lots of mornings with few clouds and bright blue skies. 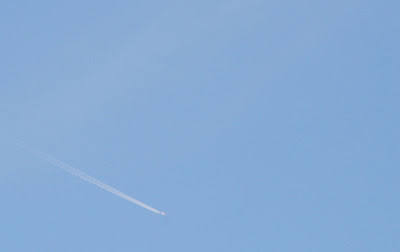 The afternoons will typically see a buildup of cumulus clouds, inevitable thunderstorms, and occasional scary moments if conditions are right for tornadoes as summer gets ready to arrive on the 21st. We'll also undoubtedly hit our first 100 degree days. For the moment, though, I'll just enjoy what's up there. Happy Skywatch Friday, everyone.
Posted by Owlfarmer at 6:33 AM

Marvelous captures! Surely does look like skies that I remember -- I'm from Dallas and my son lives there, so this brought a nostalgic moment for me. And Texas skies can change quickly! Have a great weekend!

Watch out for those twisters!

Oh how I love clouds and you have some lovely captures!

I find clouds amazing, even if it's all you can see for days on end! Great shots.