Putting the Recess Back In Recession 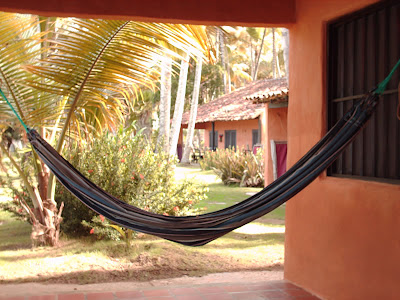 Before I begin musing once again about interesting (to me, at least) linguistic phenomena, let me preface my remarks by noting that I am fully aware that the recession has hurt many people, and these may not find much of a silver lining in the current economic situation. The President himself has recently noted that while Americans are losing jobs, the recovery--however promising it might look to some of us--has a long way to go.

That said, I did want to mention some of the more positive events that have been collecting in my pile of tear-sheets from the newspaper, and to muddle around in yet another etymological connection.

We probably all remember that blessed moment in elementary school every day (sometimes twice) called "recess," when we'd all pour out of doors happily to escape our educational imprisonment for twenty minutes of running around screaming, playing on the monkey bars, playing four-square, or jump-rope, or trying to elude the reigning bully. It occurs to me now that all my memories of "recess" are drawn from the single year I spent in a U. S. school, between my father's stints in Japan and Taiwan. All my schooling before and after that occurred in Asia, until I returned home permanently to begin high school--and I don't really remember "recess" as part of my experience overseas.

The only other "recess" story I have involves my son, and the first pre-school he attended at about 4 and a half. Since he could already read, I let the administrators place him in a reading program meant to encourage and build on existing abilities. But when I picked him up after his first day, he announced in no uncertain terms that he hated reading. Oops! It turns out that the school's special program involved keeping kids in from recess to read instead of going out to play.

Now, I don't know whose lame-ass idea that was, but I yanked that kid out that school the very next day, and eventually found a Montessori school out in the country, which turned out to be about the best thing that ever happened to either of my children (my daughter started there at 18 months, at her own insistence). Recess to children in this country is sacrosanct, so if you want to, say, break them from smoking or drinking, insist that they stay in for recess to do it, and the problem is licked.

All silly jokes aside, "recess" was once a good thing. But because it comes from the same root as the dreaded word "recession," I thought that playing around with the innate concepts involved in that root might be illuminating, and suggest reasons for some of the more positive views of the current economic moment that are starting to emerge.

The noun, recess, according to the OED, refers to "the act of retiring for a time from some occupation; a period of cessation from usual work or employment," or "cessation from work, relaxation, leisure." It comes from the Latin resessus (from the verb recidere, to recede, draw back, retire, retreat) which means a going back, a receding, a retreat--or even a place of retreat. The thing about words that always confuses us, however, is that they frequently connote both positive and negative aspects of the same concept. So, while recess to a kid is replete with ideas of fun and games, that's hardly what recession implies in economic terms.

However, I have been noticing an increasing number of efforts to put a positive spin on current conditions. I'm thinking in particular of a photo in the Dallas Morning News a few weeks ago (I can't even hope to find it now) of a guy sitting on his back patio reading the paper, simply because he had started to slow down. His family is eating meals together on a regular basis these days, because they're becoming more conscious of how much money they spend, and aren't eating out as much. Instead of running out to breakfast and shopping afterward, he was relaxing in his back yard on a pleasant Saturday morning.

Another recent article from the local rag (pinched from the New York Times) by Pico Iyer carried the headline, "The Joy of Less." It was originally posted on the Times's new "Happy Days" blog, which carries this description:

The severe economic downturn has forced many people to reassess their values and the ways they act on them in their daily lives. For some, the pursuit of happiness, sanity, or even survival, has been transformed. Happy Days is a discussion about the search for contentment in its many forms — economic, emotional, physical, spiritual — and the stories of those striving to come to terms with the lives they lead.

Pico Iyer's contribution describes his own, rather spare, life in the outskirts of Kyoto (which I find enviable, to say the least, based on my remote memories of the Japanese countryside, and the simplicity of our life in rural Japan). He notes, however that it's not for everybody:

I certainly wouldn’t recommend my life to most people — and my heart goes out to those who have recently been condemned to a simplicity they never needed or wanted. But I’m not sure how much outward details or accomplishments ever really make us happy deep down. The millionaires I know seem desperate to become multimillionaires, and spend more time with their lawyers and their bankers than with their friends (whose motivations they are no longer sure of). And I remember how, in the corporate world, I always knew there was some higher position I could attain, which meant that, like Zeno’s arrow, I was guaranteed never to arrive and always to remain dissatisfied.

In the papers every week I see evidence that the economic downturn carries, at least in some sense, a positive aspect, and perhaps an optimistic note or two. The local kerfuffle (I do so love this word, and Rachel Maddow didn't use it even once this week, so I will) over city chickens (whether or not they can be sold in Dallas garden shops is the Big Topic lately), the increasing number of backyard and front-yard veggie and herb gardens, the resurgence of various nesting behaviors (among people as well as chickens), the formations of more-or-less accidental communities of like-minded folk: all of these stories and events provide a little hope that we've managed to muster a bit of can-do spirit to replace some of the whining we used to do about how bad things were.

My cranky little newly-repaired heart was warmed this week by a conversation with my daughter, who lives in a converted industrial building in one of the legendary neighborhoods of Dallas: Deep Ellum (or "way down on Elm street"). Although it's being gentrified by rehabbing, a new DartRail station, and new construction, it's still a bit seedy and if I hadn't already planted myself here in the northern 'burbs, I would seriously consider moving there. Her fellow loft-dwellers are a generally friendly lot, and several of the neighbors have gotten together to form a sort of Sunday supper club. My daughter loves to cook, but seldom does because she lives alone (with a Very Large Dog who can't eat people food) and it's not worth the trouble after a long workday. She and the neighbors and their dogs now pool their resources and have become a little family of folks who enjoy one another's company on a regular basis.

I don't mean to sentimentalize the situation, but the economy we knew was completely unsustainable. People were making and buying way too much crap, spending way too much money, and incurring consequent debt. Having to cut back doesn't have to mean establishing a lower standard of living. Different, certainly, but perhaps actually higher, in terms of contentment, happiness, or whatever we want to call the psychological well-being that comes with shedding some of our stressful behaviors and reassessing our values.

The Times is also running a segment in its Economy section called Living With Less: The Human Side of the Global Recession. The conversations attending this coverage and the Happy Days Blog are interesting and informative, so I highly recommend both to anybody who wants to tune in to this aspect of the debate on recession and recovery, and who might want to be thinking about this whole thing as an adult form of recess.

Image credit: Hammock in a Beach House by Raven712 at Wikimedia Commons. In my advancing stage of old-guyness, a hammock is a necessary requirement for recess, even though I don't yet own one.
Posted by Owlfarmer at 10:16 AM

I enjoyed reading this post. It's certainly true that a measure of hardship - or of being not quite as affluent as they once were - makes people consider their actions and can engender community spirit. ('Don't mention the war' - that's a quote from 'Fawlty Towers' which you may not have seen!) The allotment movement in UK has never been more popular with an increasing number of people taking great pride in growing their own vegetables. However, for the really impoverished matters have deteriorated and in this country at least, the gap between the 'haves' and the 'have nots' has increased markedly in the last decade.

I enjoyed the quote about people being "condemned to a simplicity they never needed or wanted."

I hadn't realized that there was a discussion going on about city chickens, but I can only hope we get over our fussiness about urban agriculture and those rules against the frugal practice of line-drying laundry. I think that we might have gotten just a little bit too fancy for ourselves in denying our agrarian roots. On the other hand, I suppose I could be trailer trash just waiting to happen...

Jabblog: I quote dialogue from Fawlty Towers (and have been known to goose-step with my finger under my nose) frequently in my classes, so I do indeed get the connection. And it is quite painful to note, as I think Iyer did rather eloquently, that some of us are much worse off than others. I guess I'm simply glad to see some positive changes occurring as the result of circumstances over which few of us have any control.

Clair's comment prompted an almost-unheard of second post in nearly as many days. Thanks to you both for your remarks.