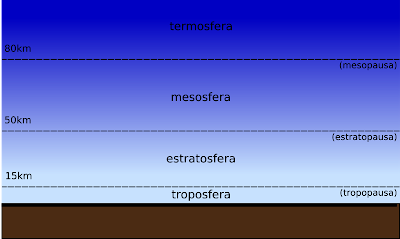 One of the complexities involved in being human in the twenty-first century is that many of the ills that would have killed us in the past can now be cured, or at least ameliorated, allowing us to live longer--if, of course, we have the money to pay for treatment. I doubt if the current debate over health care reform would even be taking place if we didn't have the means to prolong our lives in spite of all manner of genetic predispositions.

The reason many of us are adamantly in favor of reforming whatever we want to call the "health care" system we use in the United States is precisely because it doesn't offer everyone access to treatment, so that the uninsured (with or without bad genes) live shorter and often more painful lives.

I was reminded of this situation when I received a text message from my daughter after her visit to our cardiologist--the one who was in charge of my care during my recent valve job. Not only has she inherited the same gawd-awful combination of genes that prevents the liver from processing cholesterol properly and led me to bypass surgery before I was fifty, but now she's got a heart murmur--an early sign of a problematic valve. Otherwise she's healthy--but even with careful monitoring, she may well end up having to undergo some kind of a repair procedure somewhere down the line.

Mind you, I really thought that by catching the cholesterol problem early and combining drug therapy with healthful eating habits and regular exercise, we'd avoid her having to go through all the surgical drama. With luck, of course, by the time her valve silts up there may be much less invasive solutions, and she may still dodge that bullet. But she also has to be extremely careful about how she lives her life, and about the choices many people simply take for granted--including providing me with grandchildren. Because she's well insured, however, she stands a good chance of living into old age (there are some good genes involved in this regard, thanks to my grandmother), as long as she stays employed.

The modern world combines wondrous medical innovations with an absolute morass of crap that can kill us in novel ways. Our distant ancestors, for example, certainly must have died from the genetic defects of all sorts. But nowadays, even though we can mitigate high cholesterol or other congenital problems, our chemically enhanced world also lays unexpected dangers at our feet.

I'm especially mindful of this at the moment, because I've spent the morning enduring the smell of paint-related solvent wafting through the house from an unknown source, and imagining myself succumbing in a few years to some weird kind of brain cancer as a result. Since I had no way to escape the odor, I moved in and out of the house and from room to room, trying not to breathe. I had planned to work in the garden, but didn't get much done because I kept having to retreat from the fumes. I'm just hoping that it was somebody's temporary project, and that an auto-body shop hasn't decided to vent toluene into the atmosphere or something.

We're constantly assaulted these days with odors we don't necessarily want to smell. "Plug-ins" and other noxious "air fresheners" are showing up all over the place--including outside the elevators in the building where I work. I'm hoping to put a stop to this as soon as I figure out who's responsible, because fake cinnamon-scented chemicals aren't any more pleasant to sensitive nostrils than the volatile organic compounds in oil-based paints, and they're probably just as dangerous.

Of course, we're not always aware of what's floating around in the troposphere, waiting to settle into our bodies' byways, affecting our own lives and those of our offspring. We've infected ourselves with petrochemicals to such a degree that we're no longer even conscious of how they pervade our lives. Just thinking about our dependence on plastics--and our inability to recycle them properly--is enough to make me want to find a cave on a deserted island. But then I'd still have to breathe the air--and even the most conscientious consumers can't do much about that. I guess that's why I'm so pissed off about the stench I've endured all day. I didn't create it--I wouldn't create it--but I don't have any way to avoid it.

This is probably one reason for my preoccupation with utopian philosophy; thinking about better ways of doing things at least offers an intellectual escape. When the modern world intrudes so inexorably, however, there doesn't seem to be much hope that we'll ever come to our senses--or what's left of them after we've fried our olfactory receptors with toxic chemical concoctions that some idiot thinks are beneficial.

Image credit: A nifty diagram of the atmosphere (in Portugese) by Marcelo Reis, via Wikimedia Commons.
Posted by Owlfarmer at 12:53 PM