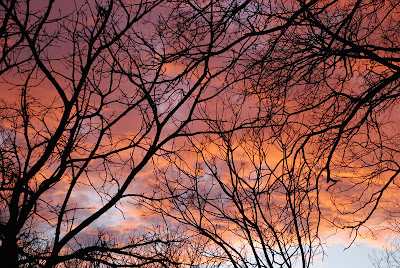 Human beings are always trying to figure out all the ways in which we're not only unique, but uniquely unique (different in ways that no other species is) among others in the animal kingdom. But as each of the previously identified means of being special have either evaporated or diminished, the fact that we cook our food seems to be holding. As far as we know, there isn't another species that deliberately starts a fire in order to hustle up some dinner.

We once thought that our possession of language was a significant marker, not shared even by other primates; but Koko the Gorilla and other apes after her have shown that they can communicate not only among themselves but with us, using a form of human language, and can pass that knowledge on to others. I used to think that the truly remarkable talent possessed by homo sapiens sapiens was not simply language, but the ability to make and use metaphors; I dubbed us homo translator, and built a good many lectures about human nature upon that seemingly clever designation.

But, alas, Koko also devised some nifty metaphors (her little roly-poly kitten was "All Ball"), so there went that theory. Since then we've discovered chimps (and even birds) that use tools (bye, bye, homo faber), long the measure of human specialness.

Human culinary proclivities, however, have held up pretty well over the years as a measure of human-ness. Claude Lévi-Strauss's important study of myth, The Raw and the Cooked, focused on the symbolic aspects of cooking, and a rather wonderful book that came out a few years ago--Food and Culture: A Reader (edited by Carole Counihan and Penny Van Esterik, Routledge, 1997) --includes most of the important anthropological musings on the topic by the likes of Margaret Mead, Roland Barthes, Marvin Harris, Mary Douglas, and Lévi-Strauss himself. The book has recently been updated (2008), which attests to continuing interest in the topic.

More recently, Richard Wrangham's Catching Fire: How Cooking Made Us Human (Basic Books, 2009) poses the possibility that moving from raw to cooked food actually promoted the transition into full humanitude, bringing with it all manner of social consequences. It's an engaging book, and even though I'm always suspicious of single-impetus theories, this one's more convincing than most. That may be because I'm such a foodie, but Wrangham does back his hypothesis up with substantial evidence and a good argument.

The cooking-made-us human notion also ties in with the cultural importance of fire--the main topic of today's musings. Few natural phenomena manage to connote both warmth and comfort and abject fear and dread at the same time. But fire does this: the cozy campfire all too often turns into the killer wildfire, as seems to be the case in Arizona's ongoing Wallow fire (which began a month ago and still isn't 100% contained). However it started, the currently burning Las Conchas fire is threatening Los Alamos National Laboratory's nuclear materials--piling one concern on top of another.

As I've been prepping for my up-coming class, Myth, Mythography, and Mythology, I keep coming across interesting articles about myth and natural phenomena--not the least of which is fire. One of the more potent symbols in human cultures, fire takes many forms in the stories people tell about themselves and nature. Our ambivalence about it shows up famously in the story of Prometheus (who steals it from the gods and suffers dire consequences), and I frequently remind students that the disastrous eruptions of Vesuvius and Thera are what preserved significant aspects of Roman and Minoan culture for us.

Just yesterday I discovered an article in Mosaic by the philosopher David Farrell Krell and his actor/producer daughter Salomé , "Why Santorini? A Response in Two Voices," in which he considers the caloric (and metaphorical) aspects of energy--produced by the heat of the sun, but more so by the underlying seismic activity in the Mediterranean. It was the continuing interaction of tectonic plates, after all, that produced the massive Bronze Age eruption that left behind the remnants we now call Santorini. The poetic value of marrying heat-driven energy to human hospitality brings us back to cooking: "human energy," Krell notes, "passes in good part through great food."

When I was thinking about how to illustrate this post with something appropriate for Skywatch Friday, I kept remembering a photo I took in Riverside, California about forty years ago, of the U. C. campus carillon tower against a flaming sky. When I found it, I realized that my memory was far more vivid than the actual image, which wasn't even worth scanning. But my evening sojourns in the back yard in recent years have contributed a large number of much more appropriate images, like the one I ended up using (taken last summer)--the kind of photograph that immediately brings fire to mind.

Fires are breaking out everywhere, both in nature and in politics. A world in which suicide bombers ignite hotel fires, demonstrators throw Molotov cocktails, planes drop bombs, human beings light barbecues for patriotic holidays and set off fireworks (which can, in turn, set off wildfires), is one in which fire holds power far above its physical presence. Few symbols maintain such an uneasy balance between the beneficial and the baneful. And as we settle into yet another very hot summer, the likelihood that the world will end in fire--in any combination of its many forms--seems entirely possible, if not inevitable.

--Since I haven't posted in a while, I thought it worth noting that the Farm turned five on June 22. To those of you who've read these "pages" on and off over the years, thanks for keeping me going.
Posted by Owlfarmer at 11:24 AM

Beautiful photo - such wonderful colors in the sky and shot through the branches it makes a perfect capture.

Love this background-sky! Have a great weekend:)

Love the colours, it does look as if its on fire:D

Beautiful shot!
Have a great weekend!

My mother used to paint and one of her favorite subjects was either dead trees or bare branches against a colorful or twilit sky. Either she taught me to appreciate their beauty or it's in my DNA, because I absolutely love photos like yours and find myself taking them often myself! You captured a really beautiful scene, and that sky does look like it's on fire and has charred those branches.

Fire and Air... do I detect a theme? Can Earth and Water posts be far behind? :-)

Love the colours in the backdrop and the silhouette of the tree in the forefront. Congratulations on 5 years!

That sky looks stunning through the bare branches. Congrats on turning five!

mesmerizing photo. one other factor about humans that makes us unique, or sets us apart is our practice of altering the environment to suit us. other species adapt to their environment as it is. had we not begun to alter things drastically (using energy to heat a cold climate thus allowing us to live there) imagine how far we would have actually wandered on this planet. just a thought. and thanks for yours, always a pleasure. happy SWF and have a fun weekend.

The sky seems to be on fire! Your article is very interesting. Congratulations on turning five!

Congratulations on 5 years of 'farming' .

Your photo is perfect for the topic.

Interesting about how your memory was more vivid than actuality. Maybe it is imagination that makes us our unique human selves.

Or, perhaps it is just the desire to find a way in which we are special.

Happy Fourth and happy fifth, too.

humans do the cooking...I've never thought of that distinction before! Brilliant. Your pink sky shot is amazing!

Love the colour in the sky, and the bare branches in front!!